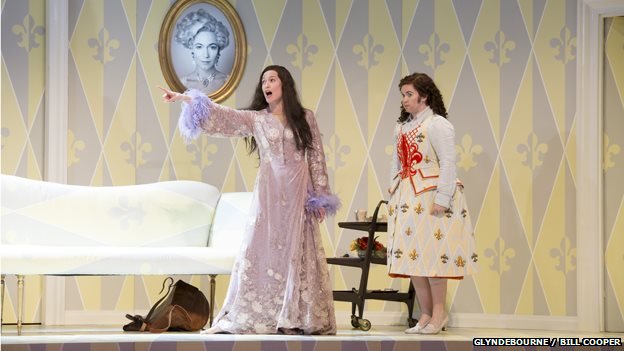 Tara Erraught (right) stars alongside Kate Royal in the production

Stars of the opera world have reacted angrily to a series of reviews criticising the appearance of Glyndebourne singer Tara Erraught.

The Irish-born mezzo soprano was called “stocky” and “dumpy” by critics, all of them male, after her debut as Octavian in Der Rosenkavalier this weekend.

Writing in the Financial Times, Andrew Clark referred to the singer as “a chubby bundle of puppy-fat”.

“Have we arrived at a point where opera is no longer about singing but about the physiques and looks of the singers, specifically the female singers?” she wrote in an opinion column for the Guardian. 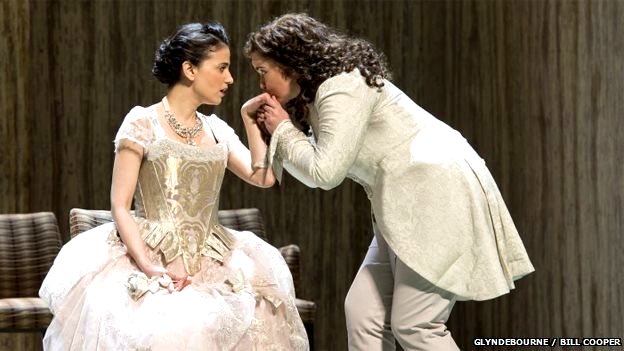 Aside from the comments about the cast’s physical appearance, the production won four-star reviews

Another soprano. Elisabeth Meister, asked: “What on earth does your body size have to do with how well you can sing?

“There are more than enough industries set up around the world to make women feel bad about themselves,” she wrote on her blog. “We don’t need it in the classical world, too.”

Glyndebourne said Erruaght was an “outstandingly talented young artist” who they were “thrilled” to be working with.

The singer plays Count Octavian Rofrano – a male role traditionally played by a female performer – who is the illicit lover of Princess Marie Therese von Werdenberg.

The 27-year-old has, so far, declined to comment on the disparaging reviews, which appeared on Sunday. 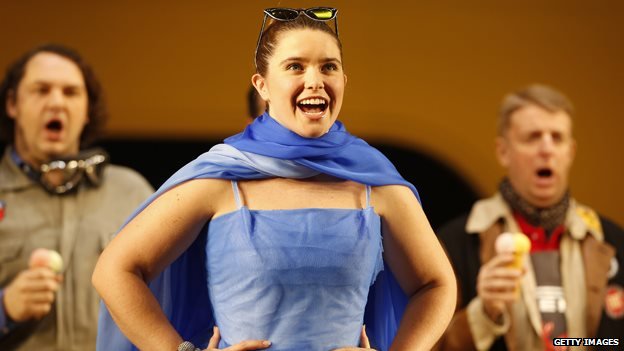 Erraught, pictured here at the State Opera in Vienna last year, will sing at the BBC Proms this summer

Michael Church of the Independent called her “a dumpy girl”, while the Guardian‘s Andrew Clements said it was “hard to imagine this stocky Octavian” as a “plausible lover”.

Richard Morrison in the Times called her “unbelievable, unsightly and unappealing”.

“There is no doubt of the talent of this young Irish mezzo,” wrote Rupert Christiansen in the Telegraph.

“But she is dumpy of stature and… her costuming makes her resemble something between Heidi and Just William.”

Condemnation of their comments came swiftly.

“What is stunningly apparent is just how much a woman’s body matters onstage – way more, if these five critics are to be believed, than her voice, her technique, her musicality or any other quality.

“I find it astounding that across five widely-read publications, not a single editor saw fit to go back to the writer and challenge what he had written.”

Her comments were echoed by mezzo soprano Alice Coote, who said: “We cannot people our operatic stages with singers that above all are believable visually or sexually attractive to our critics. That way lies the death of opera.

“Critics, I beg you: Be kind to young singers – you may change the trajectory of their lives and career if you wound them with your words.”

The Telegraph’s critic has defended his review, saying: “Fat and thin can be equally beautiful but one has to make an audience believe”.

He said the role of Octavian called for a “taller” singer who could carry off the “principal-boy type”.

However, he added: “I am distressed to learn that Miss Erruaght has been upset by the hoo-ha around the reception of her performance.”

In response to the furore, Glyndebourne issued the following statement to the BBC: “Tara Erraught is an outstandingly talented young artist whom we are thrilled to have as part of the cast of Der Rosenkavalier.

“We wish her and the rest of the company great success for the remainder of the run at Glyndebourne and for the 2014 Prom.”