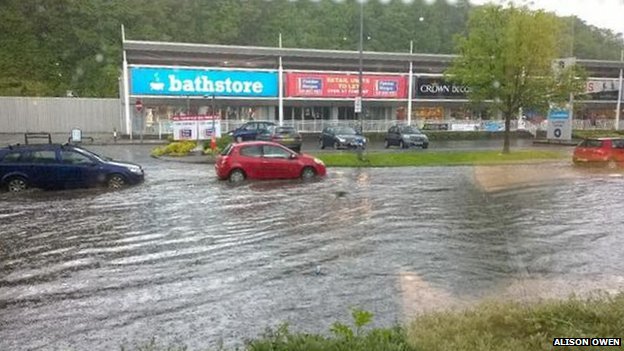 An elderly couple had to be rescued from their home as storms and intense downpours caused flash flooding across south Wales.

Cardiff and Cwmbran were worst hit with homes and businesses affected as well as the M4.

South Wales Fire and Rescue Service said they received 115 calls with incidents in Penarth in the Vale of Glamorgan and Bettws in Newport.

The Met Office radar shows the bad weather heading north and breaking up.

Natural Resources Wales have not issued any flood warnings.

The majority of calls to the fire service have been coming from the Cwmbran area where a couple were helped to safety.

There have also been 22 requests for sandbags, including at a factory on Llantarnam industrial estate which has been affected by three to four inches of water.

Asda in Cwmbran was evacuated after water came in through the roof, affecting the electrics, while there was also a report of flooding reaching the ground floor window level of a house in Pontnewydd. 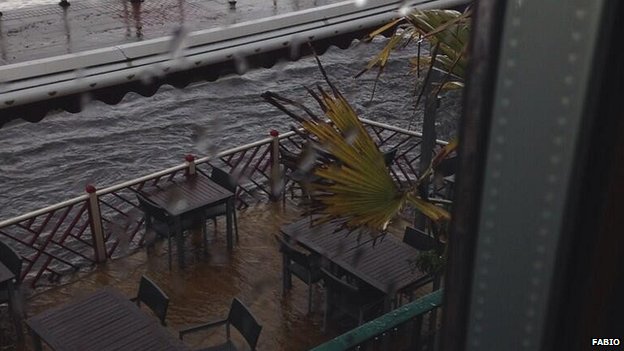 A deluge hit Penarth, Vale of Glamorgan, at around 14:00 BST on Thursday 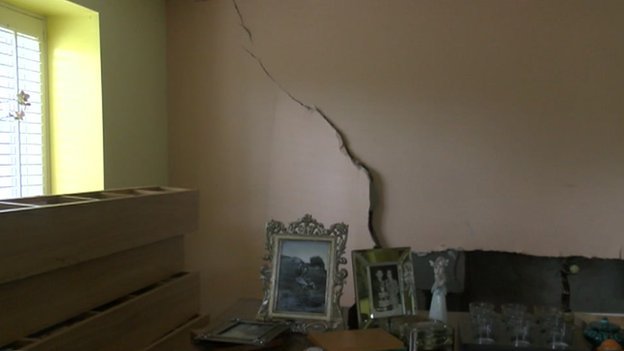 The fire service has also attended reports of flooding in Caerphilly and crews were called to Bagley Court, Thornhill, and Larch Grove, and Malpas, while St Julian’s Newport is reported to be affected too.

One lane of the M4 at the Brynglas tunnels was closed due to flooding but has since re-opened.

The fire service said as the storm moved eastwards it appeared to be activating fire alarms at premises along its route but that the number of calls had dropped.

Staff at a restaurant in Penarth used brushes to sweep away water which began to seep through the door.

Rhiannon Hartland, manager of Romeo’s By The Sea, said none of the customers could leave because of the torrential rain and storms which were at their worst around 14:00 BST.

“The water came inside a bit and the carpet is ruined,” she said.

“It’s gone down a lot now and we’ve cleared some of the drains. But it shouldn’t have reached here.”

Penarth resident Tiger McLeod was left with a crack in his wall after water came through his house and a garden wall collapsed into the basement.

“We’d got the property re-done 12 months ago,” he said. “It’s structurally unsafe at the moment and we have to wait for the council to come to see if it’s safe to go back in there.”

The flooding follows a severe weather warning by the Met Office which was issued on Wednesday.

It had warned of heavy rain moving in from England bringing the risk of surface water flooding across south and mid Wales. 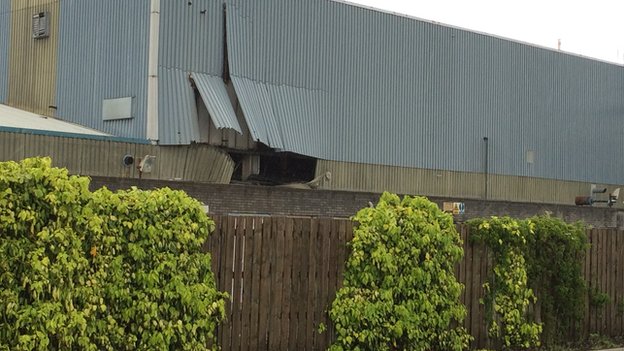