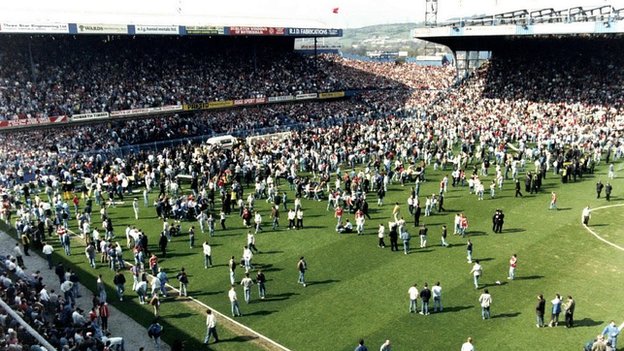 The jury visited places in Sheffield “pertinent to the inquests”

The jury at the Hillsborough inquests have been taken to the Sheffield stadium for a site visit.

As well as visiting the ground, the eleven jurors visited other places relevant to the inquests as set out by the coroner.

On Thursday, the jury was guided by an expert engineer through a 3D computer model of the ground as it was in 1989.

The jury were taken to two locations en route to the stadium – the White Horse Inn, which the coroner Lord Justice Goldring said “some Liverpool fans” went to before the match, and Wadsley Bride railway station, from which he said Reds supporters “were accompanied by police as they went to the stadium”.

Earlier this week, the inquests heard a minute-by-minute countdown of how the disaster unfolded.

The hearing was told of key events and viewed rarely seen footage of the day taken by police and BBC cameras as well as stadium CCTV.

The fresh inquests into the deaths were ordered when a panel of three High Court judges quashed the accidental death verdicts.