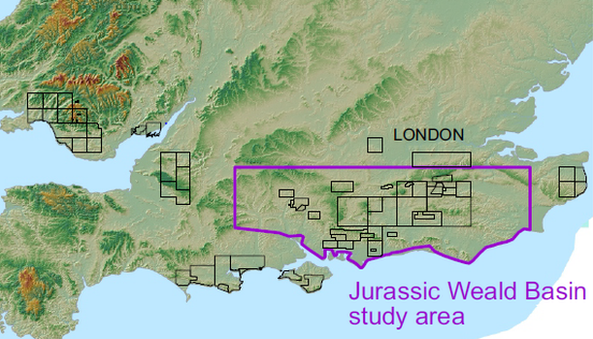 A government report estimating that there are several billion barrels of oil in shale rocks under large parts of southern England is to be published on Friday, the BBC understands.

The report, by the British Geological Survey (BGS), covers parts of Sussex, Hampshire and Kent.

Getting it out of the ground will involve the controversial process known as fracking.

Only a fraction of the estimate is said likely to be ultimately recovered.

By way of comparison, around 45 billion barrels of oil equivalent has been extracted from the North Sea over the past 40 years.

The BBC’s John Moylan said that although there are vast quantities of shale oil and gas in the UK, is not clearly how much would be economically recoverable.

But he said that “this new estimate could have implications for the UK’s long-term energy security”.

Last year, a BGS study of the North of England suggested there could be as much as 1,300 trillion cubic feet of gas contained in shale rocks.

The fracking process involves pumping water, sand and chemicals into rock at high pressure, and it has sparked demonstrations by environmentalists. Some government’s have banned the process.

Critics argue that the fracking process damages water supplies and can cause earthquakes.

In the US, fracking has created an energy boom and led to speculation that the country could overtake Saudi Arabia as the world’s biggest oil producer by 2020 or even sooner.