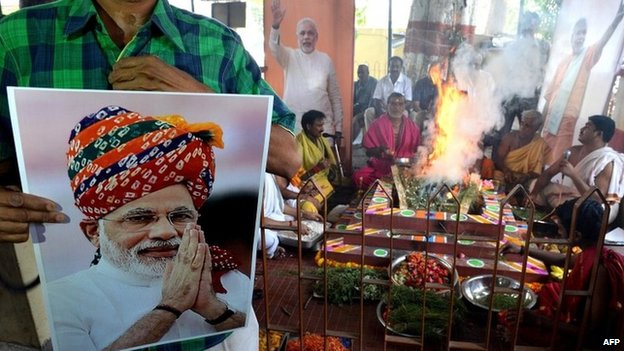 India has started counting the hundreds of millions of votes cast during its mammoth nine-phase general election.

Voting ended on Monday in a contest which pit the ruling Congress against the main opposition BJP.

Exit polls predict a win for the BJP leader Narendra Modi but analysts warn such polls have proved wrong before.

About 551 million votes from more than 1.8 million electronic voting machines are being tallied, with the first results due within a few hours.

The Election Commission has said voter turnout was a record 66.38% – beating the previous record set in 1984 – and that 8,251 candidates stood for election.

Voting was held in nine phases for security and logistical reasons. With 814 million eligible voters, it is the world’s biggest exercise in democracy.

The Election Commission said counting would be held at 989 centres and more than 1,100 observers would be deployed to supervise the process. Reports say hundreds of thousands of security personnel will be deployed to ensure it happens peacefully.

Exit polls released by Indian media organisations after the last round of voting on Monday all showed the BJP-led National Democratic Alliance (NDA) well ahead in terms of predicted seat wins, and the governing Congress party trailing badly. 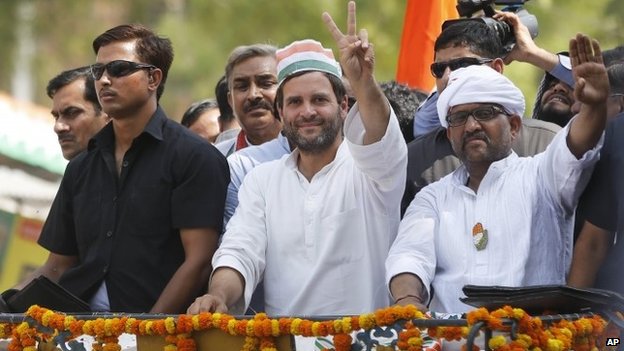 Exit polls have predicted a drubbing for the ruling Congress party, led by Rahul Gandhi 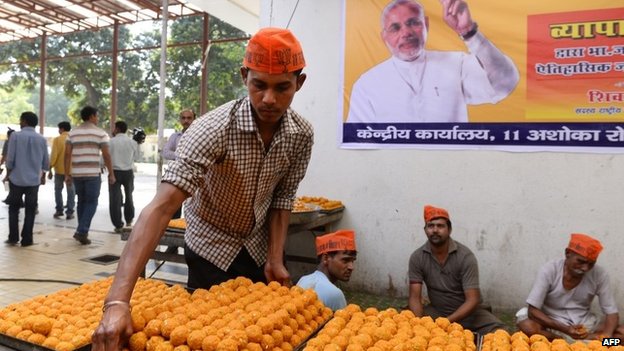 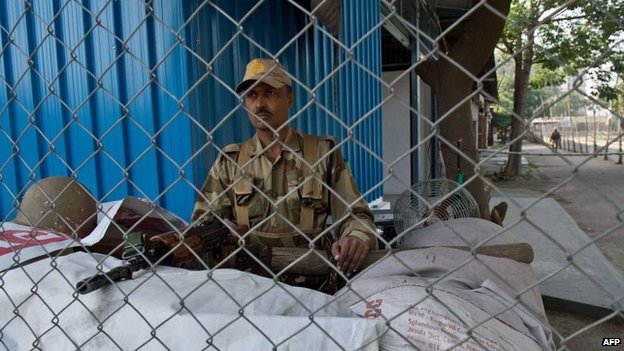 Five of the six polls projected the NDA mopping up the 272 seats needed to form a majority in the 543-member parliament. Predictions for the 28-party alliance have ranged from 249 to a huge 340 seats.

But correspondents say exit polls are notoriously inaccurate in India, partly because of the size and complexity of the electorate. In the last two elections, they were inaccurate and over-estimated the BJP’s gains.

On Thursday, BJP supporters in the southern city of Bangalore organised Hindu religious rituals to pray for Mr Modi’s success and reports from several cities said party workers had been stocking up on sweets in anticipation of the party’s victory.

Several smaller regional parties are also in the fray and if no single party wins a clear majority, they could play a crucial role in government formation.

Among the key constituencies to watch are Varanasi – from where Mr Modi ran against Arvind Kejriwal of the Aam Aadmi Party (AAP) and Ajay Rai of the Congress party – and Amethi, the seat of the Congress party vice-president Rahul Gandhi. Mr Gandhi is being challenged by Smriti Irani of the BJP and Kumar Vishwas of the AAP.