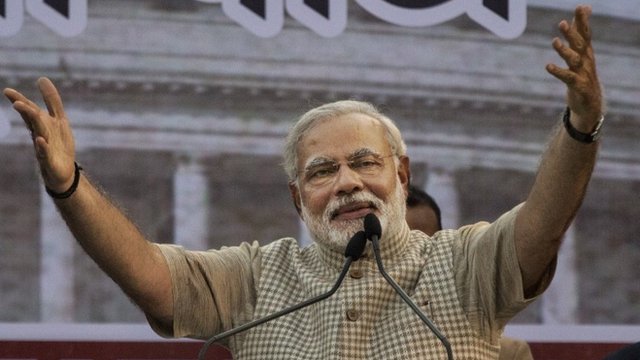 Narendra Modi: “We have to take India forward.”

India’s Prime Minister-elect Narendra Modi is to take part in a victory parade in Delhi after his opposition BJP party secured the most decisive election victory in three decades.

Mr Modi will fly to Delhi from his home state of Gujarat.

Current PM Manmohan Singh, whose Congress party was crushed in the poll, is expected to resign.

Mr Modi, a Hindu nationalist and chief minister of Gujarat, campaigned on promises to revive the economy.

Results show the BJP gained a majority in parliament and will be able to govern without coalition partners.

However, many Indians still have profound concerns over Mr Modi because of claims he did little to stop communal riots in Gujarat in 2002.

Mr Modi has always denied the allegations and was never charged.

With votes still being counted, the BJP has won more than the 272 seats needed for a parliamentary majority.

With its allies, the party could get more than 330 seats.

“India has won, good days are about to come,” Mr Modi tweeted on Friday as it became clear that the BJP had triumphed.

He later told his cheering supporters: “In the 60-year history of Indian independence, I have never seen this in the Indian media, what you have done in our country.” 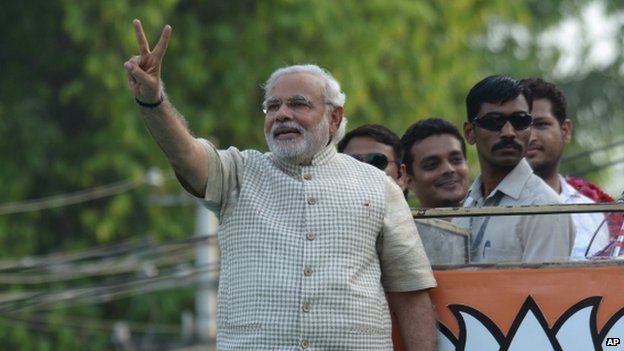 Narendra Modi: “Real government doesn’t belong to a community. It belongs to the entire country.” 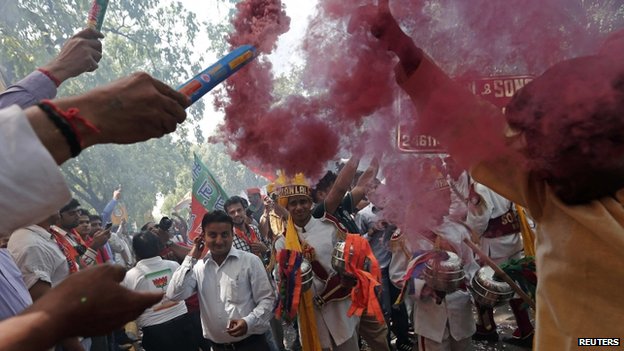 BJP supporters celebrated the election triumph across the country

He said he would rule for all Indians.

World leaders, including US President Barack Obama and UK Prime Minister David Cameron, have congratulated Mr Modi on his victory.

India’s new leader has received invitations to Washington and London, despite being persona non grata in both capitals following the 2002 riots. 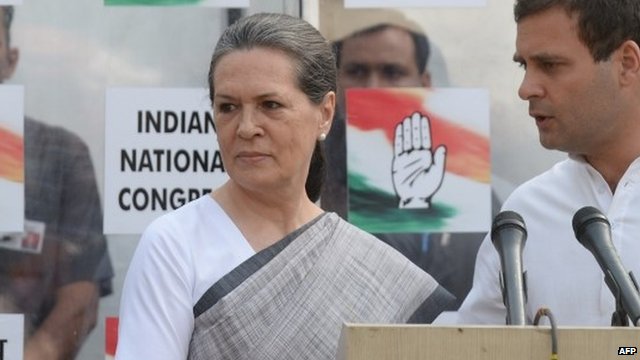 Congress Party President Sonia Gandhi: “I respect the verdict of the people”

The Congress party, which has dominated Indian politics since independence, is only expected to win 44 seats.

Congress has been mired in serious corruption scandals and its leadership has been considered ineffective in recent years, analysts say. 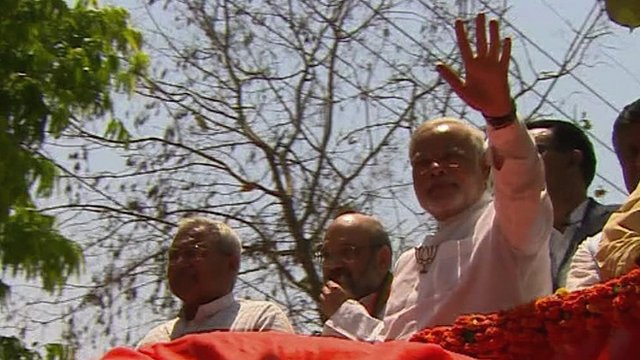