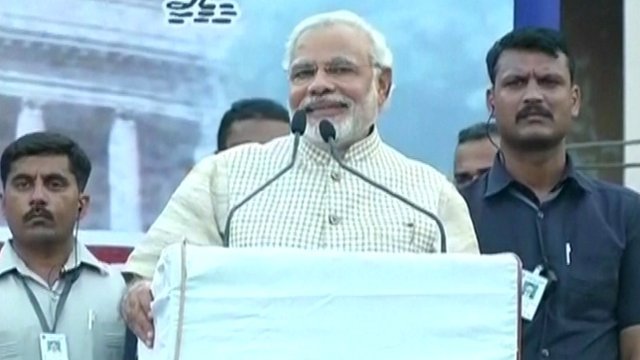 Thanking supporters in his own constituency in his home state of Gujarat, Mr Modi said they had written a new chapter in the country’s history.

Votes counted so far suggest the BJP is on course for the most resounding victory by any party for 30 years, trouncing the outgoing Congress Party.

The controversial leader campaigned on promises to revive the economy.