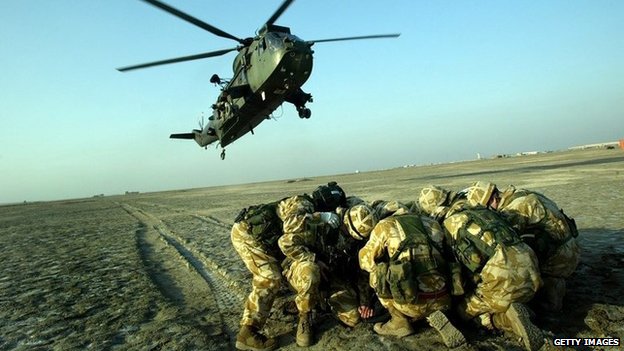 A crucial step in the procedure for publishing the long-delayed report of the Chilcot Inquiry into the Iraq War has yet to start, the BBC understands.

The inquiry, which has cost more than £7m, interviewed its last witness three years ago but has yet to be published.

Whitehall sources said the process of allowing some people to respond to the inquiry’s findings had not begun.

Prime Minister David Cameron said on Friday he “very much hoped” the report would be ready by the end of the year.

But Mr Cameron has also conceded that this timetable was not in his gift.

BBC News understands there are still significant obstacles to overcome.

Before publication, those facing criticism have to be given an opportunity to respond privately.

Sir John Chilcot had intended to begin this process last year but Whitehall sources said this was yet to get under way.

But Sir John first wants the Cabinet Office to agree to publish more of the notes and conversations about Iraq between former Prime Minister Tony Blair and ex-US President George W Bush.

The Cabinet Office is said to be close to deciding which documents will be made public but if that list does not satisfy Sir John then the report could be still further delayed.

The independent inquiry into the Iraq War was set up before the last election by the then Prime Minister Gordon Brown.

Public Administration Committee chairman Bernard Jenkin has said delays to the publication of the report have become “very serious”.

Mr Jenkin said the report was “at least four years overdue” and an explanation was needed.

He urged ministers to “sort this out”. The government said it had been in talks with the inquiry and the process would end as soon as possible.

The inquiry started in 2009 but two years later it was still taking evidence from key witnesses.