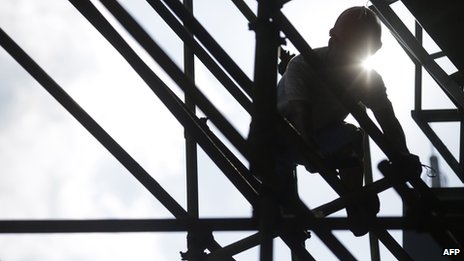 The credit rating agency Moody’s has improved its outlook for Ireland’s debt, grading the country as “stable”.

At the height of the eurozone debt crisis, Ireland was forced to accept a 67bn euro (£57bn) lifeline from European authorities and the International Monetary Fund (IMF).

It left the bailout programme in December last year.

In a statement, Moody’s said the primary driver of the rating upgrade was “the significantly improved outlook for Ireland’s medium-term debt trajectory”.

It added that indicators show that “economic activity is gathering pace and that the one-off factors that held back export growth in 2012-13 are waning”.

A recovery in the Irish property market and the country’s improved credit position also impressed the agency.