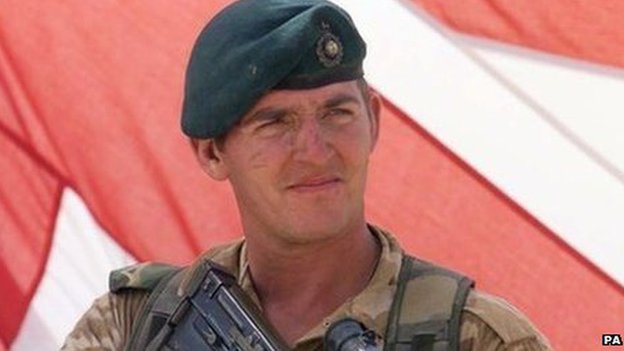 Blackman was told he must serve at least eight years in jail.

A former Royal Marine jailed for life for murdering an insurgent in Afghanistan has lost an appeal against his conviction.

Sgt Alexander Blackman, of Taunton, was found guilty of murder at a court martial in November and told he would spend at least 10 years in jail.

The Court Martial Appeal Court in London decided to reduce the minimum term he must serve to eight years.

Blackman must serve the minimum term before he can be considered for parole.

A Ministry of Defence spokesman said of the ruling: “We respect the authority and decision of the appeal court, and it would be inappropriate for us to comment on the sentence.”

Neither Blackman nor his family were in court as the judgement was handed down.

Lord Thomas said the court martial ought to have accorded greater weight as a mitigating factor to the combat stress from which Blackman was suffering.

He said the stress had arisen from the nature of the insurgency in Afghanistan, the way his tour of duty was arranged and other matters personally affecting him.

The judge also said Blackman was unlikely to commit a similar offence again.

The murder on 15 September 2011 took place after a patrol base in Helmand province came under fire from two insurgents.

One of the attackers was seriously injured by gunfire from an Apache helicopter sent to provide air support, and the marines found him in a field.

Footage from another marine’s helmet-mounted camera showed Blackman shooting the Afghan prisoner in the chest at close range with a 9mm pistol. 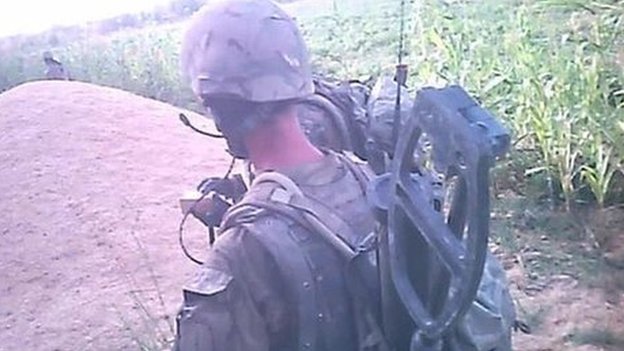 Blackman told him: “There you are. Shuffle off this mortal coil, you c***. It’s nothing you wouldn’t do to us.”

He then told his comrades: “Obviously this doesn’t go anywhere, fellas. I just broke the Geneva Convention.”

The court martial board in Bulford, Wiltshire, found Blackman guilty of murdering the insurgent. Two other marines were acquitted.

It was the first time a member of the British armed forces had faced a murder charge in relation to the conflict in Afghanistan, which began in 2001.

Blackman was also “dismissed with disgrace” from the Royal Marines. He had served with distinction for 15 years, including tours of Iraq, Afghanistan and Northern Ireland.

Blackman, 39, had denied murder, claiming he believed the victim was already dead and that he was taking his anger out on the corpse.

During the appeal, Blackman’s lawyer, Anthony Berry QC, described the murder conviction as “inherently unsafe” because there was a “possibility that he was convicted by a simple majority of a seven-man board”.

He said there remained “doubt as to whether the prosecution in fact satisfied the criminal standard of proof”.