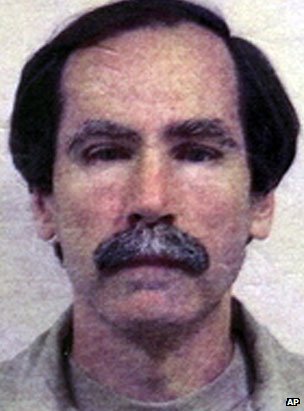 A man who raped and assaulted at least 40 women has been ordered to live in a remote California community, despite objections from residents there.

Christopher Evans Hubbart, who police believe may have had as many as 100 victims, will rent a small house in a rural area near the city of Palmdale.

A Santa Clara judge heard objections at an all-day hearing on Wednesday but issued his order two days later.

Hubbart, 63, will have to wear a GPS ankle bracelet when released on 7 July.

He admitted raping and assaulting about 40 women between 1971 and 1982, when he was sentenced to 16 years in prison. Police believe the number of victims to be closer to 100.

Released on parole in 1990, he was arrested two months later for a new attack and returned to prison until 1996, when he was transferred to a state mental hospital.

Doctors there recently concluded he was fit for release, but few options were available – in California, sex offenders must not live within 2,000 feet (600 metres) of schools and other places where children congregate.

Los Angeles County District Attorney Jackie Lacey spent months fighting the decision to release him to live in her county.

“I am extremely disappointed with the court’s decision,” she said. “Now we are preparing for his arrival.

“We will do everything within our authority to protect the residents of Los Angeles County from this dangerous predator.”

Judge Gilbert Brown would only say that the court had reviewed all the emails, petitions, cards and letters submitted in protest before it had reached its decision.

County Supervisor Michael Antonovich called it “an unconscionable threat to public safety”, while the mayor of Palmdale, James Ledford, said it was very disappointing that a man with this record would be put into any community.