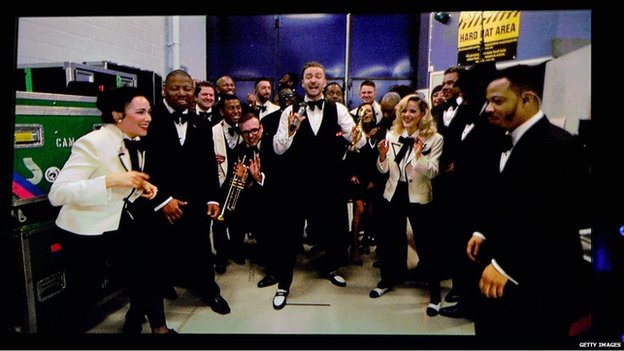 US singer Justin Timberlake accepted seven Billboard Music Awards by video while he is on tour, leaving it to a Michael Jackson hologram to steal the show at the ceremony in Las Vegas.

It mimicked the late King of Pop’s famous dance moves while performing Slave to the Rhythm, a song from Jackson’s new posthumous album Xscape. 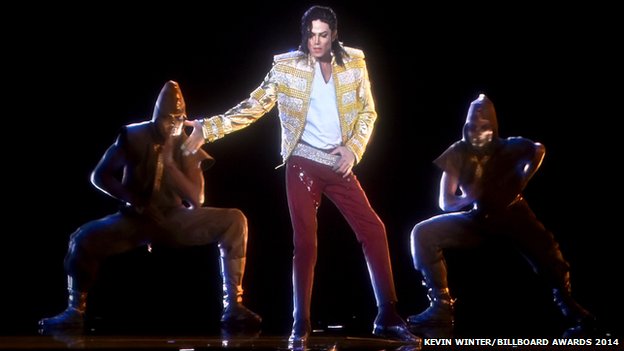 The Michael Jackson hologram was the result of several months planning 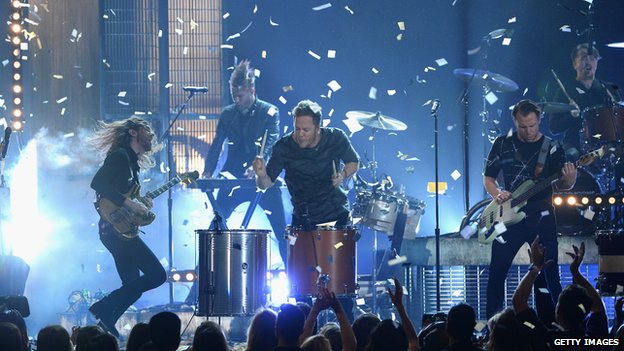 Katy Perry was awarded top female artist, while Jennifer Lopez was handed the Icon Award, giving an emotional speech and performing at both the opening and finale of the show.

Many artists performed remotely as they were on tour including Perry – who was in Scotland – and Miley Cyrus, who sang her cover of The Beatles track Lucy in the Sky with Diamonds from the UK, with Wayne Coyne of the Flaming Lips.

Accepting the award for top streaming artist Cyrus thanked her “amazing fans” before sticking her tongue out.

Timberlake appeared on screen dancing with his band to accept the evening’s big prize of top artist.

“All the other finalists, Miley, Imagine Dragons, Bruno, Katy, I love you guys, it’s not a competition, but if it is, I won!” he said. 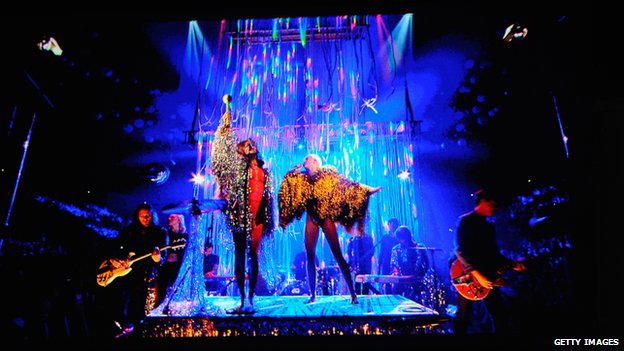 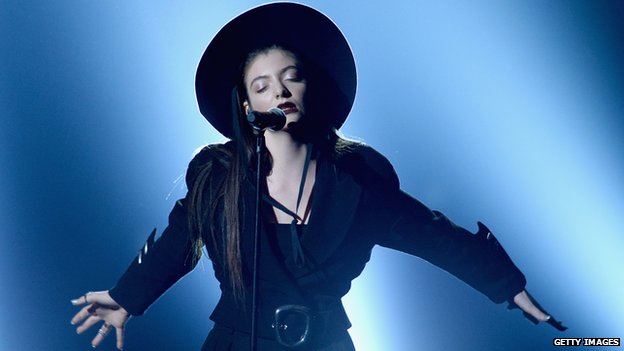 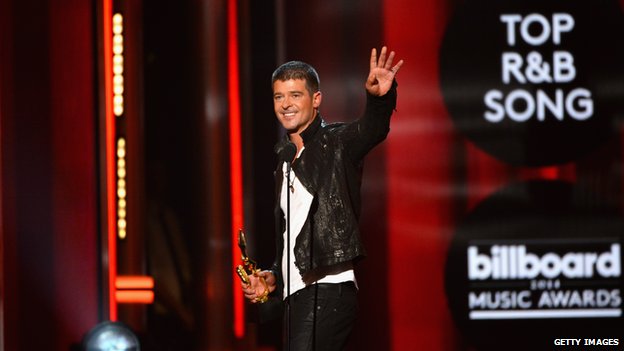 Robin Thicke paid tribute to his estranged wife on stage

The biggest moment of the show at the MGM Grand Garden Arena came when the Michael Jackson hologram took over the stage, accompanied by dancers, beaming lights and blasts of fire – the result of several months planning.

“We tried to do as best we could what we thought Michael would have loved, and those of us who knew Michael really well, we had a good perspective on it,” said Epic Records CEO LA Reid.

Reid worked on the new posthumous album, which topped the UK charts on Sunday.

He added: “But the truth is, you can’t ever really know because he wasn’t there.”

Fans voted to give the Milestone Award to Carrie Underwood, who teamed up with fellow country star Miranda Lambert for a performance.

Imagine Dragons were happy to accept their five awards – which included top group and rock artist, in their home town of Las Vegas.

“We wouldn’t be here today if it wasn’t for people that believed in our band, in our small band that started here in Las Vegas from the very beginning,” said frontman Dan Reynolds. 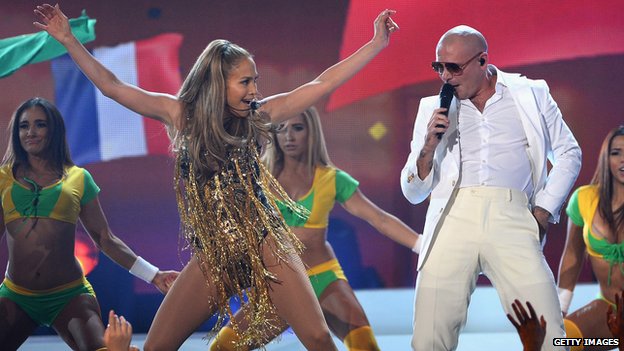 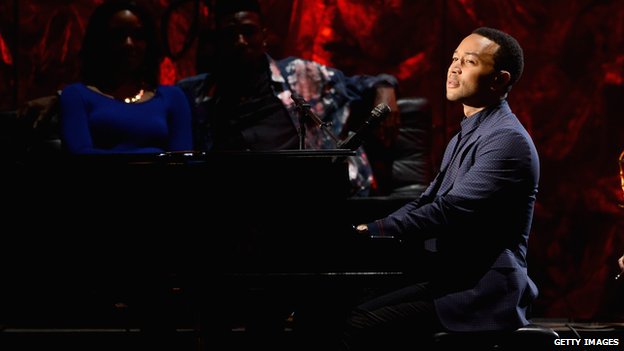 John Legend performed his current hit All of Me 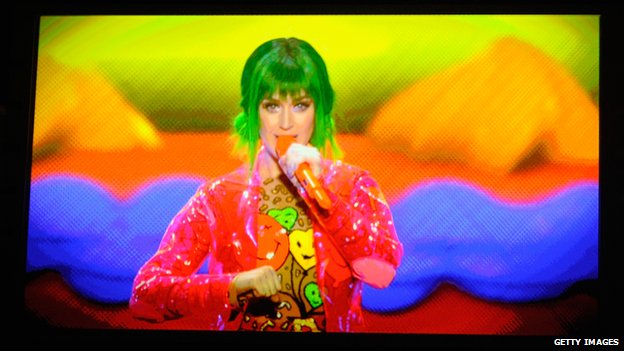 Lorde performed her new hit Tennis Court and was a double winner – taking the prizes for best new artist and rock song for Royals.

“This whole thing started for me with a song that was written when I was 15, which I know everyone knows, but what I want to say is I am 17 and a half now and I’m so thankful,” she said.

“That wasn’t a joke,” she added as the crowd laughed. “I’m so thankful that I’ve had the opportunity to learn and grow as a new artist in the spotlight.”

Robin Thicke performed a new song Get Her Back and paid tribute to estranged wife Paula Patton as he collected top R&B song for Blurred Lines.

“Most importantly I’d like to thank my wife for her love and support and for putting up with me all these years,” he told the crowd.

Keeping Up with the Kardashians star Kendall Jenner faired less well on stage, fumbling her words while introducing Australian boyband 5 Seconds of Summer.

“And now we welcome … One …” she said, appearing to be about to say One Direction, before explaining “Guys, I’m the worst reader.”