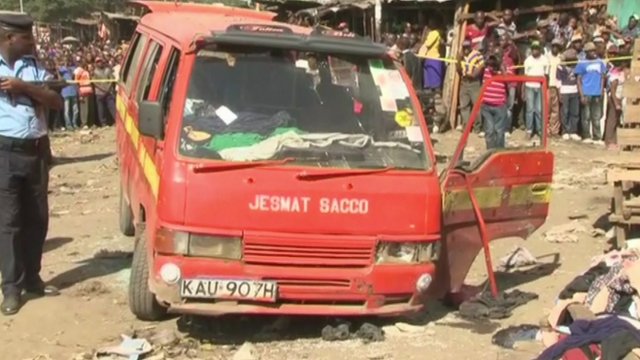 Footage of the aftermath of the explosions

It is not clear what caused the blasts but Kenya has been hit by a spate of attacks in recent years.

They have mostly been blamed on the al-Shabab militant Islamist group from neighbouring Somalia.

Hundreds of British tourists have been evacuated from the coastal resort area of Mombasa amid warnings of an attack.

The Kenyan National Disaster Operation Centre said the first explosion occurred in a minibus, the second in the large open-air Gikomba market.

Police officials told the Reuters news agency they suspected the blast had been caused by an improvised explosive device. 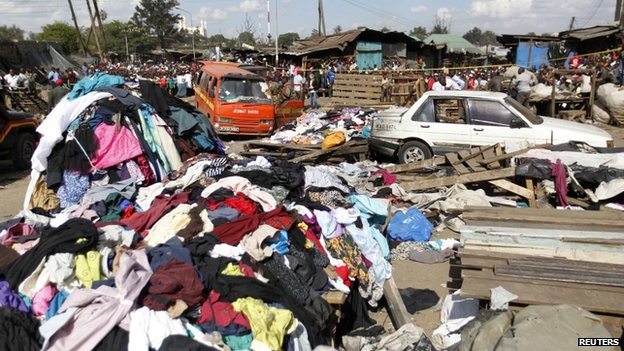 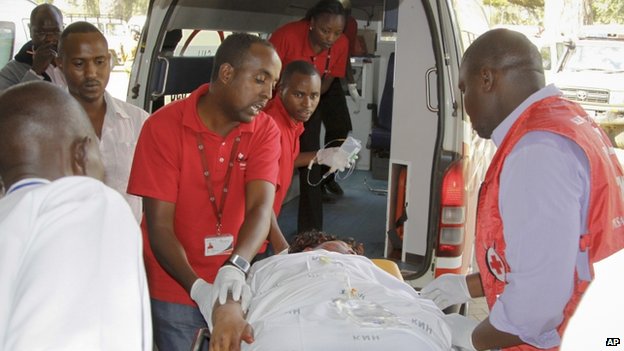 Pictures from the scene showed clothing blown onto telephone wires above. Fire engines and the Red Cross were at the scene tending the injured.

Kenyatta National Hospital in Nairobi said at least 70 people had been wounded.

“Many of the injured are bleeding profusely. We need a lot of blood,” a spokesman said.

“All of us around the world must be united to ensure that we are able to fight this particular terror,” he said at a news conference. 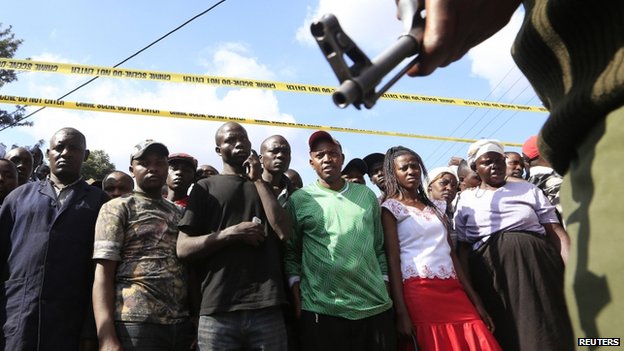 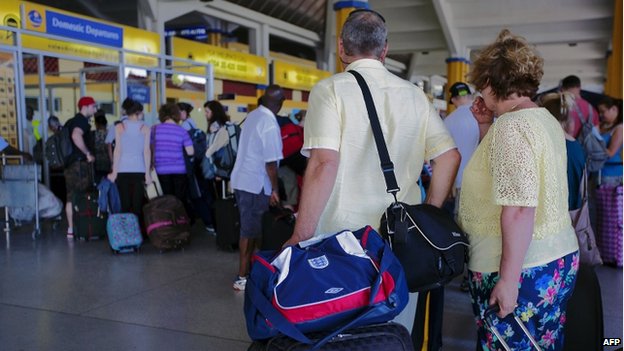 Earlier this week, authorities tightened security at bus stations, requiring all passengers to be screened before boarding. They also ordered all vehicles to have clear glass windows.

Friday’s bombings took place two days after the UK, France and the US warned there was a high threat of attacks in Kenya. 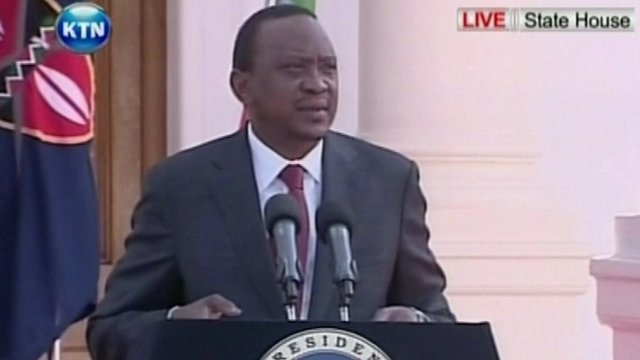 Kenya’s President Uhuru Kenyatta spoke out against the attacks

Kenya had rebuked the countries for issuing their warnings, saying the tourism industry would be affected.

Correspondents say many Kenyans are expressing their frustration at the worsening insecurity. 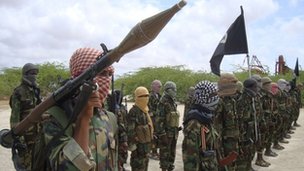 The government recently round up all refugees of Somali origin in an attempt to rid the city of terror suspects they believe to be hiding among refugees.

The al-Qaeda-linked group al-Shabab has launched a series of attacks against Kenyan targets in recent years, claiming to be retaliating for Kenya’s military involvement in Somalia since 2011.

Earlier this year, there were riots in Mombasa after a radical Muslim cleric who was accused of recruiting youngsters for al-Shabab was shot dead.

Are you in the area? Did you witness the explosions? You can send us your experiences by emailing us at haveyoursay@bbc.co.uk using the subject line “Kenya”.