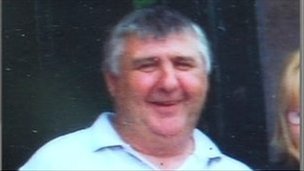 Kevin McDaid was beaten to death in a suspected sectarian attack in May 2009.

Two men accused over the death of a County Londonderry community worker have been acquitted of all charges.

Kevin McDaid, 49, died after he was attacked outside his Somerset Drive home in Coleraine in May 2009.

It means that manslaughter and attempted murder charges against 12 accused have now been dropped.

The other 10 have pleaded guilty to lesser charges.

On Thursday, the prosecution told trial judge Mr Justice Weatherup that “having reviewed all the evidence in the case against the two defendants and having taken instructions from the Public Prosecution Service, I offer no evidence.”

They each faced a total of five charges.

There had been tensions about flags in the Heights area at the time of his death.