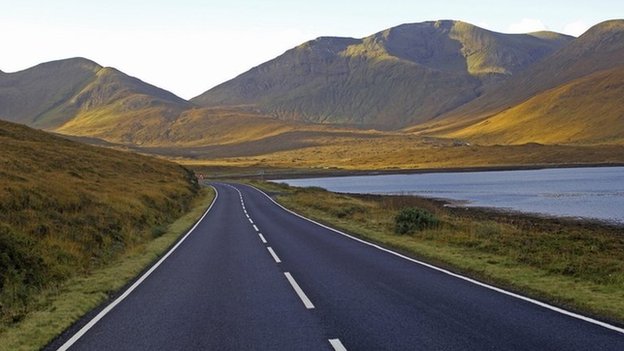 The Scottish government wants to end the dominance of large, traditional sporting estates

There should be an upper limit on the amount of land held by private owners in Scotland, a government-commissioned study has recommended.

The group also called for changes to the current tax system.

Tax “plays an important part in maintaining the concentrated pattern of large scale, private land ownership in Scotland,” it stated.

The report’s authors said the Scottish government should establish a Community Land Agency to facilitate negotiations between landowners and communities, with the goal of achieving a “significant increase in local community land ownership”.

But they warned that public funding remained “critical” and said the Scottish government must ensure there is an “integrated legislative and financial support structure” to help communities in urban and rural Scotland buy and develop land and buildings.

It said the responsibilities of the Crown Estate Commissioners in Scotland should be devolved to the Scottish Parliament.

Elsewhere, the report said there was a clear need to update Scotland’s system of compulsory purchase and local authorities should be given new powers to issue compulsory sale orders.

The review group says that would help address the “persistent challenge of vacant and derelict land in urban areas”.