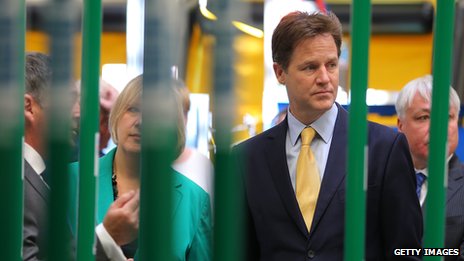 Jackie Porter, who is hoping to become MP for Winchester, said that after another poor local election showing, it was time to act in the party’s best interests.

The two constituencies are currently held by Conservative MPs.

Ms Porter – a Lib Dem county councillor – told the BBC: “It feels like the king is dead long live the king.

“We have to make decisions to save the party not the person.”

She has signed a petition calling on Mr Clegg to stand down so a new leader can be chosen in the summer. The Lib Dems lost Winchester at the last election.

Mr Clegg’s party suffered another bad night at the polls in the English local elections on Thursday.

It lost more than 300 councillors and in the wards last contested before the coalition was formed in 2010, it was 14% down.

Until now, despite suffering loss after loss, the party’s MPs have been remarkably disciplined. 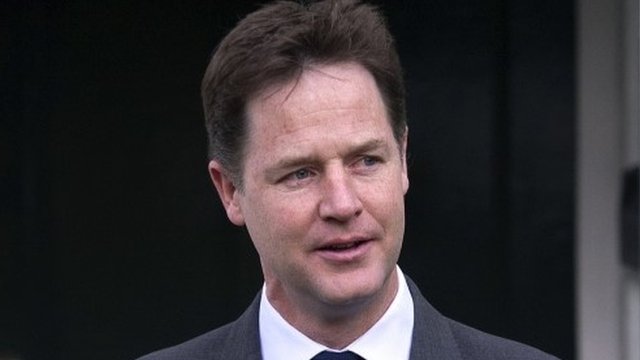 “We have to save the party, not the person.”

But in the wake of Thursday’s results, one has given the gravest warning yet about Mr Clegg’s future.

John Pugh told the BBC he had canvassed more than a dozen backbenchers.

“The high command is in danger of seeming like generals at the Somme – repeatedly sending others over the top while being safely ensconced in Westminster and claiming the carnage is all somehow sadly inevitable,” he said.

The time had passed, he added, for a policy of “misguided stoicism”.

Although falling short of demanding his leader stand down, Mr Pugh said MPs would now “review” the election performance, putting the “wider party and country first”.

“Our good results are mostly the product of local popularity,” he said.

“The abysmal loss of well over half our seats last Thursday though is mostly due to national unpopularity.”