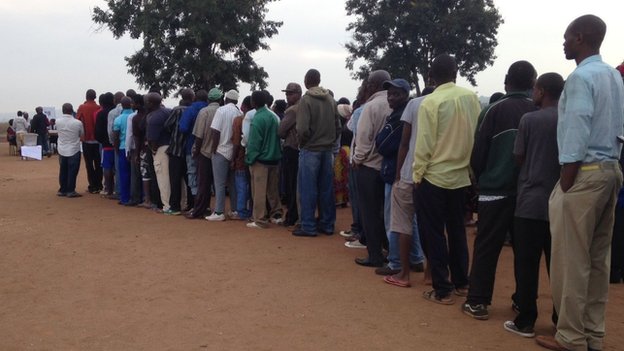 Her reputation has been dented by a corruption scandal, known as Cashgate, which has led donors to cut aid.

Her main challengers are Mr Mutharika’s brother, Peter, Atupele Muluzi – the son of another former president – and a former preacher, Lazarus Chakwera.