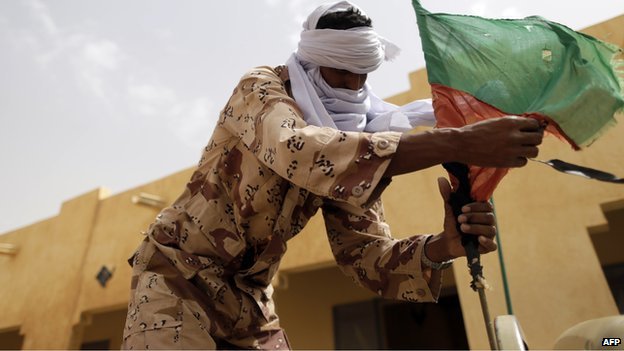 Tuareg rebels in Mali say they have defeated government forces in heavy fighting for control of the key northern town of Kidal.

Fighting first broke out on Saturday when Mali’s Prime Minister Moussa Mara visited Kidal to show support for government forces based there.

He had also hoped to revive peace talks with the rebels, who belong to the National Movement for the Liberation of Azawad (MNLA).

The group is fighting for the independence of northern Mali. 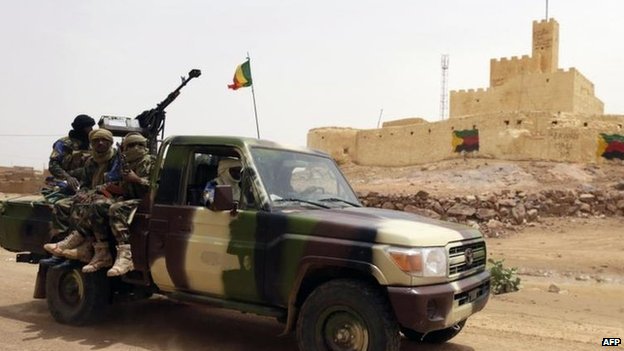 Government forces were reportedly forced to retreat from Kidal

Control of Kidal was split between the MNLA and the government.

The BBC’s Alex Duval Smith reports from the capital, Bamako, that both sides brought in reinforcements for Wednesday’s battle.

Fighting began when the Malian army fired rockets on the governor’s compound, which had been held by the MNLA since Saturday, she says.

An MNLA spokesman said they had defeated government forces after six hours of fighting, and their flag was flying over the military base in Kidal.

The government has not yet commented on the MNLA’s claims.

“We have prisoners,” he added.

On Monday, the MNLA freed about 28 hostages it had abducted in Kidal on Saturday.

It said their release was a humanitarian gesture.

In 2012, a Tuareg rebellion in northern Mali triggered a military coup.

Civilian rule was re-established in 2013 amid a French-led military intervention, but Islamist and separatist forces remain active in some areas. 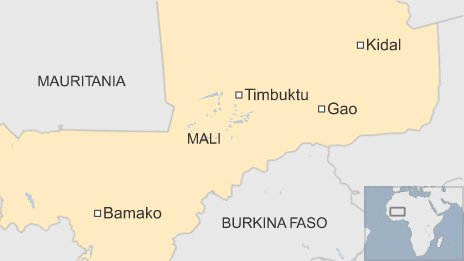