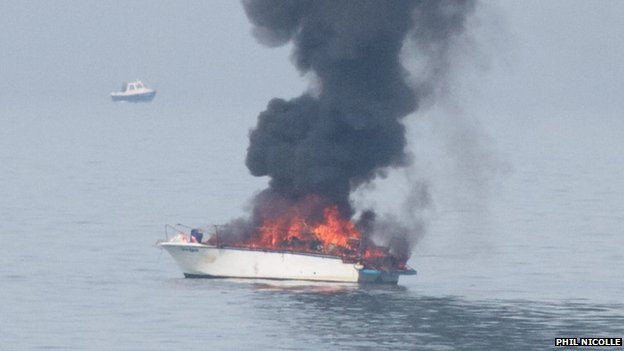 A man has been rescued from a cabin cruiser and taken to hospital after the vessel caught fire off Aberystwyth.

Part of the town’s promenade was taped off for while amid fears a gas canister on board the boat might explode.

Flares on the stricken vessel had been set off by the blaze, say coastguards, but the prom has since reopened.

The RNLI said one man has been taken to Bronglais Hospital as a precaution. The boat has beached near the stone jetty and fire crews were tackling the blaze.

The rescued man is believed to be from the Aberystwyth area.

The 26ft (8m) vessel was ablaze in the sea between Aberystwyth and nearby Clarach.

The boat was said to have been “severely ablaze”, with a lot of smoke.

Initially, it was thought to have been a mile off shore, but as more details emerged it was revealed to be closer to the shoreline. 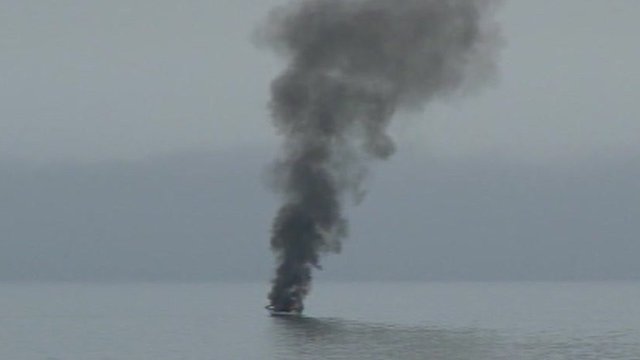 The RNLI said one man was rescued at about 12:30 BST

Mid and West Wales Fire and Rescue Service said the alarm was raised shortly after 10:50 BST. They said the boat was at anchor and the fire was being allowed to “burn out”.

Milford Haven Coastguard later said the boat had floated to a safe distance offshore and it was being monitored until it had cooled down.

Had the boat sunk it would have been declared a wreck, said a spokesman, but shortly before 18:00 BST coastguards reported the vessel had grounded just south of the town’s marina.

Alun Newsome, a watch officer at Milford Haven coastguard station, said boat owners in the area were beginning to return their vessels to use after the winter.

He said: “As the season begins, some vessels do raise a few incidents.”

Speaking earlier about the rescue, his colleague Roger Reed said: “Resources were quickly on scene and the man isn’t believed to have suffered any serious injuries.” 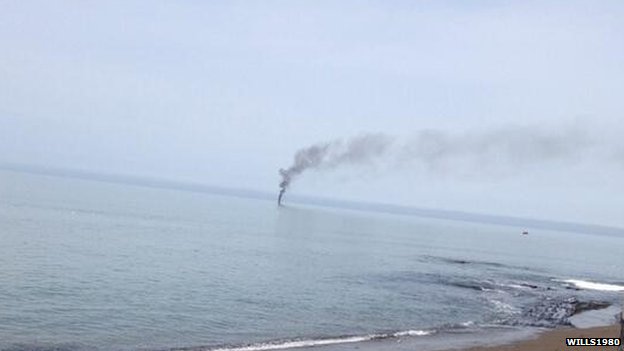 The burning vessel could be seen from the shore