BBC News – Melton ‘shooting’: One man dead and another injured 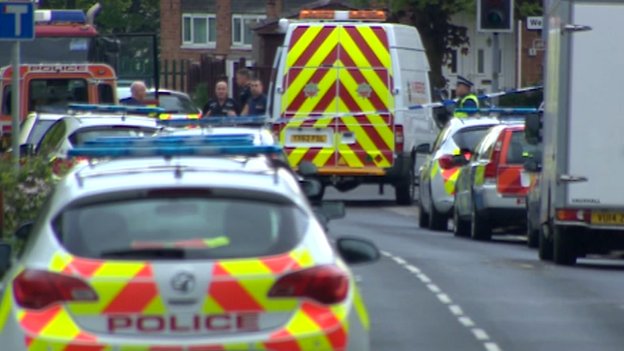 Three ambulances and two doctors were sent to the scene

One man has died and another has been taken to hospital following a “firearm disturbance” in a Yorkshire village.

Officers were called to Melton at about 17:00 BST where they found two injured men, one of whom had serious wounds and died at the scene.

The second man was taken to Hull Royal Infirmary with non life-threatening injuries.

The Yorkshire Ambulance Service said it sent three ambulances and two doctors to the scene.

Drivers were being advised to avoid the area until further notice.