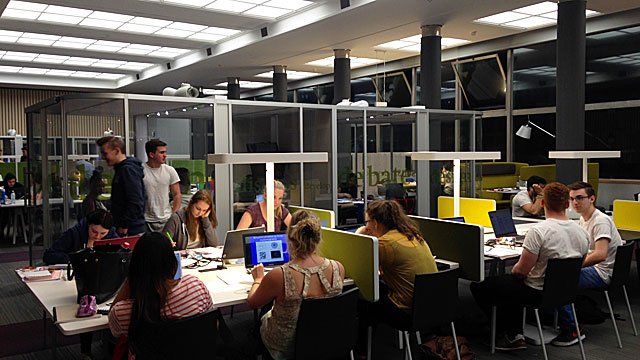 It’s midnight and there are hundreds of students crowded into the University of Reading’s library.

It’s a glimpse of how much student life has changed, what students expect from universities and how much pressure they feel about the future.

In the 1970s, students at Reading staged an occupation calling for the abolition of exams. Now, in the depths of the exam season, they are voluntarily occupying the library in the middle of the night, so that they can get in as much revision as possible.

During weekdays in term time the library is open 24/7. Never mind 24-hour clubbing, here it’s round the clock studying. It’s become part of student life in universities across the UK.

But if libraries are meant to be slow-moving places under layers of dust and silence, then it’s nothing like that here.

The lights are blazing in the library building in the middle of the Reading campus. It’s full of young people surrounded by notebooks, laptops, mobile phones and snacks. There’s a lone printed book on a desk, with almost all the revision taking place online. There’s a low level of background chat as students work together. 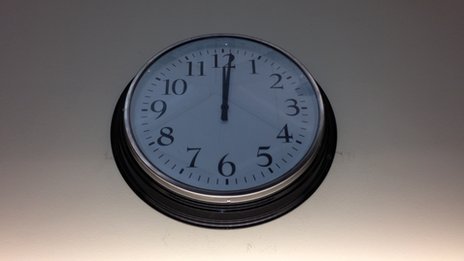 Niamh, a pharmacy student, has been working there since 09:00 and expected to carry on studying in the library until about 01:30.

Two students revising for second-year exams, Alex and Matthew, say they will be back again at 06:00.

“You have to get in before 08:00 to get a place,” says Alex, studying biochemistry. He knows that his generation is a long way from any stereotypes of student slackers.

“We’re under more pressure to do well, we have to work harder,” he says.

And when students are paying £9,000 per year, they want to have good facilities.

“It’s essential to have a good library,” says Matthew. 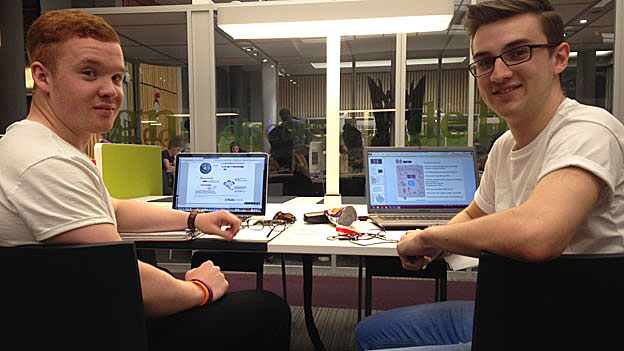 Students say they have to get into the library before 08:00 to be able to get a place

When the weather is good during the day, Alex says people might prefer to study at night. “It’s a nice time to work,” he says.

There are other students there who say it’s better to work in a group rather than alone in their rooms. It’s a more sociable way of working through the stresses of the exam season.

None of them see it as strange to be working in a library in the early hours.

Reading’s library, with five floors of nocturnal students hunched over laptops, is having a £4.4m revamp. Universities are in the middle of a building boom, as they compete for students with facilities and accommodation. 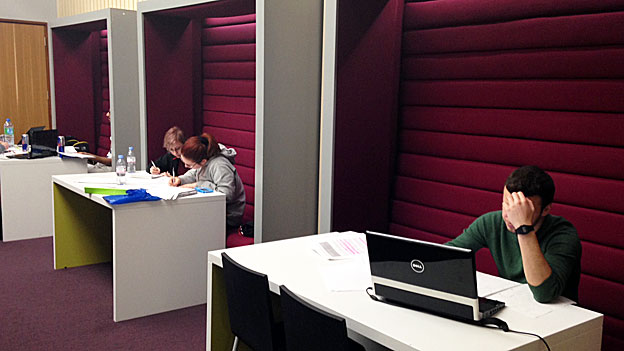 There are quieter corners of the five-storey library

Like an academic department store, different parts of the library have different moods – there are bright Ikea style open plan areas, for more solitary study there are cocooning booths and quiet corners and other rooms have big traditional desks and softer lighting.

There is a relentless switch to online materials, but there are still rooms with traditional bookshelves, even if there is no longer the metallic crunch of a library stamp putting in a return date. Withdrawals are now self-service and electronic.

Julia Munro, the university’s librarian, says that on open days would-be students compare the facilities with what they’ve seen elsewhere.

And they expect to be able to use the library whenever they want.

It wasn’t always this way. The library is exactly 50 years old, and in the reception area there is the original architect’s model. It’s like a 1960s time capsule, with its clean lines and open-plan civic optimism. 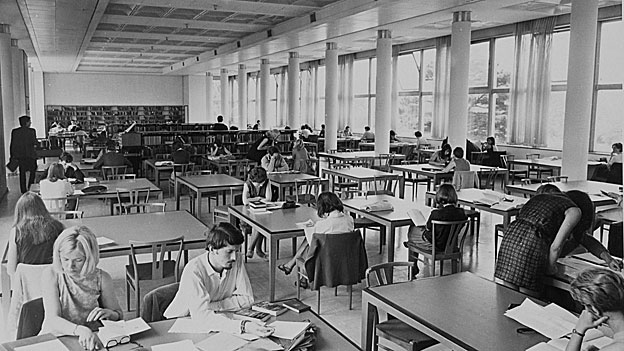 It opened the same month that Terence Conran opened the first Habitat store in London, Joe Orton was premiering his new play Entertaining Mr Sloane and in the United States there were the first major student protests in New York and San Francisco over the Vietnam War.

The Beatles had recently had a number one with Can’t Buy Me Love.

In those early days, students couldn’t even use the university library at the weekend. Now Julia Munro and her colleague Rachel Redrup say there is likely to be demand for even more open access, such as longer hours during the holidays.

The move to open libraries through the night has been driven by consumer pressure from students. It’s a pattern that’s spread across universities across the UK – so much so that it’s now more or less standard in many institutions.

In the US, it’s gone a step further with reports last week of college libraries introducing “nap stations” so that students could have somewhere to crash out during their marathon studying sessions.

The librarians at Reading say the library provides its own barometer of change.

Rachel Redrup says in the 1960s the students using the library would have been part of a small percentage of the population going to university, who would have been confident of walking out into a good job.

“They feel they’re under greater pressure. They’re worried about jobs,” she says.