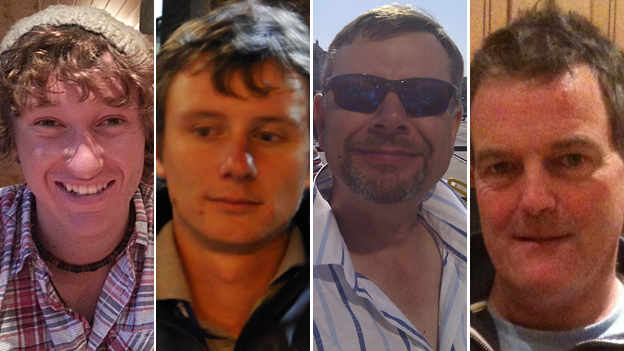 The search for four British sailors missing in the Atlantic Ocean since Friday has resumed.

The US Coast Guard confirmed it had begun searching again after an online petition gathered 200,000 signatures.

Cheeki Rafiki, the 40ft racing yacht, was sailing from a regatta in Antigua back to the UK when it got into difficulties. The initial search was called off on Sunday.

Prime Minister David Cameron thanked the coastguard for its response.

Contact with the yacht was lost on Friday after the boat began taking on water and diverted to the Azores. 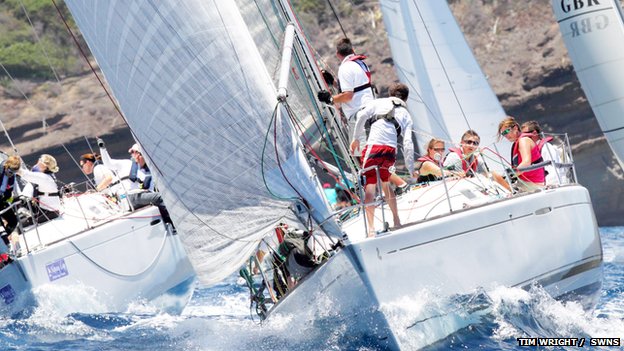 Mr Warren’s son-in-law, Dan Carpenter, said: “We are holding out hope. We are aware that it is still a long shot but while there is some hope, we are concentrating on that.”

Earlier, the US Coast Guard’s UK counterpart said the rescuers “did everything they could”.

The Americans had said the estimated survival time past the time of distress was approximately 20 hours and that their crews had searched for 53 hours.

But the decision to resume searching came after family members insisted they could still be alive in the yacht’s 12-man life raft.

Skipper Mr Bridge’s grandmother Valerie said: “We are delighted. It is at least something and that is all we were asking for, all we wanted was another search.

“It might not come to anything but people want them to do it and they are trying. It seemed too quick, just two days and we were saying ‘if only they could do it for a bit longer’. You never know what could happen.” 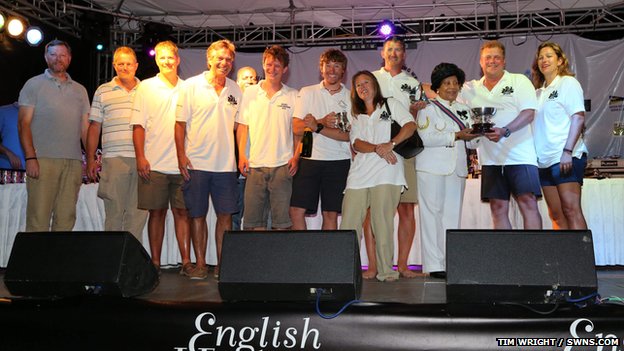 The crew were photographed with others at an awards ceremony at the end of the regatta.

The men’s families met Foreign Office Minister Hugh Robertson in London while Health Secretary Jeremy Hunt, local MP to one of the sailors, tweeted his appeal to the US Coast Guard to keep searching.

Mr Goslin’s daughter Claire, who on Monday made an emotional plea to the Americans, said she was “over the moon”.

“I just hope and pray with all my heart that now they find them.”

Tracy Edwards, who skippered the first all-women crew around the world, said the men had been failed by the coastguard.

“I’m absolutely delighted they’ve resumed the search, appalled that it’s taken the British public to force the prime minister to do something,” she told BBC News.

“These men are experienced, fit, healthy and they’ve got modern equipment. How sad they they should’ve done all the right things… and then we failed them.

“The US Coast Guard and the UK coastguard have decided they haven’t survived and I think that’s appalling.”