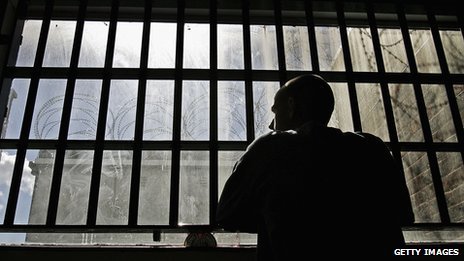 MPs have warned of “significant risks” from changes to the probation service in England and Wales.

The Public Accounts Committee said plans to contract out work to private firms and extend rehabilitation to short-term prisoners were “untested”.

The overhaul would result in a 22% increase in the number of offenders being handled in the system, it said.

The government said the status quo would mean “living with more crime and more victims”.

Most probation work in England and Wales will be contracted out from next year, as responsibilities for low- and medium-risk offenders are split between a new public body, private companies and voluntary groups.

Probation officers have staged a series of walkouts in protest at the plans.

The cross-party committee of MPs has expressed concerns about the transition to the new arrangements and said the changes should only begin when it was “safe to proceed”.

In a report, it recommended the performance of the current probation service should be the benchmark against which the new providers were judged to help make sure standards were maintained.

“The provision of rehabilitation services will be extended for the first time to those sentenced to less than 12 months in custody, an estimated 50,000 offenders,” said Margaret Hodge, the Labour MP who chairs the committee.

“However, the Ministry of Justice could not tell us how this significant increase in the case load of probation staff would be managed.

“The ministry must ensure that the current ‘good’ standard of performance is maintained during the transition to new providers and the increase in offender numbers.

“The new arrangements have not been fully piloted and the ministry expects the new National Probation Service and the 21 community rehabilitation companies to begin operating from 1 June 2014, allowing only a limited opportunity for parallel running of the new arrangements during April and May 2014.

“We therefore welcome the ministry’s commitment to only proceed at each stage of the programme if it is satisfied it is safe to do so and that value for money will not be jeopardized.”

Justice Minister Jeremy Wright said maintaining the current system was not acceptable as it would mean “accepting more crime and more victims”.

“Each year there are more than half a million crimes committed by those who have broken the law before, and 50,000 of the most prolific offenders are released on to the streets, totally unsupervised and free to go back to their criminal ways,” he said.

“The public expect us to deal with this glaring hole in the current system and we make no apology for doing so as a matter of urgency.

“These reforms will be rolled-out in a sensible way, to properly protect the public, and we will test our progress at every stage.”