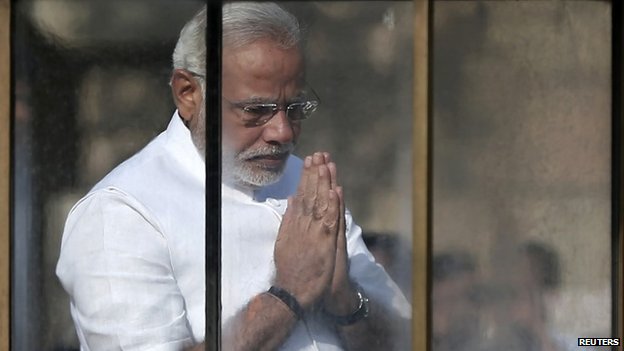 Narendra Modi is to be sworn in as India’s new prime minister in a ceremony to be attended by his counterpart from rival Pakistan.

Nawaz Sharif will join other regional leaders at the ceremony in Delhi’s presidential palace.

It is the first time since the two countries won independence in 1947 that a prime minister from one state will attend such a ceremony in the other.

Mr Modi led his BJP party to a landslide win in the recent election.

The BJP won the biggest victory by any party in India for 30 years, gaining a majority in parliament and trouncing the outgoing Congress Party.

Monday’s grand outdoor ceremony in front of the presidential palace will be attended by the leaders of all seven South Asian countries as well as Mauritius.

But all eyes will be on the presence of Mr Sharif, who is expected to hold talks with Mr Modi on Tuesday, says BBC’s Sanjoy Majumder.

The two nuclear-armed rivals have fought three wars in the past 60 years, and Mr Modi’s BJP party advocates a tough stance on Pakistan.

Thousands of guests are expected to attend the inauguration during which President Pranab Mukherjee will administer the oath of office to Mr Modi, 63, and his council of ministers.

In a tweet, Mr Modi has indicated that his government will be leaner with fewer ministers in an attempt to make it more efficient. 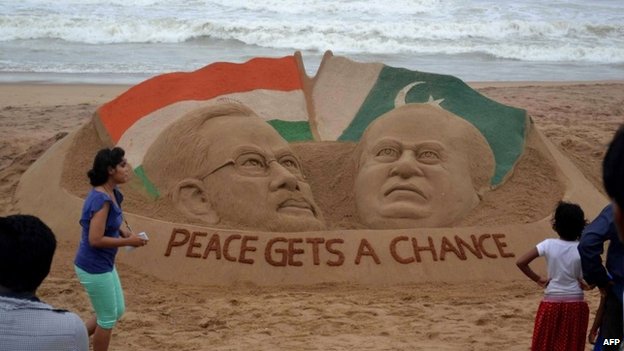 Bangladesh will be represented by Speaker Shirin Chaudhury as PM Sheikh Hasina will be travelling to Japan at the time of the swearing-in ceremony, reports say.

Tight security and traffic restrictions have been imposed in Delhi and all offices around the presidential palace will be closed five hours before the event takes place, according to the Press Trust of India.

Given the margin of victory, the BJP will be able to govern without coalition partners – 272 MPs are required for an absolute majority.

The Congress party finished with just 44 of the 543 seats and under 20% of the vote in what was its worst-ever performance.