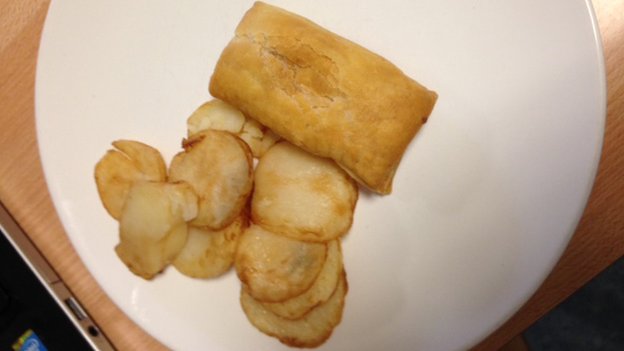 The Scottish government has launched a competition aimed at improving standards of catering in the health service.

Chefs and catering teams will compete to provide meals for 100 people which are locally sourced and meet nutritional guidelines.

The winning menu will be rolled out across the whole of NHS Scotland.

However, critics of the Good Food Challenge 2014 say it is a poor use of NHS finances.

Hospitals in Scotland and Wales are required to meet national nutritional standards. However the last time the standard of catering was assessed in Scotland was in 2010, when a report found that one in five hospitals failed to meet the nutritional needs of patients.

Since then the Scottish government says more has been done to improve patients’ nutrition. 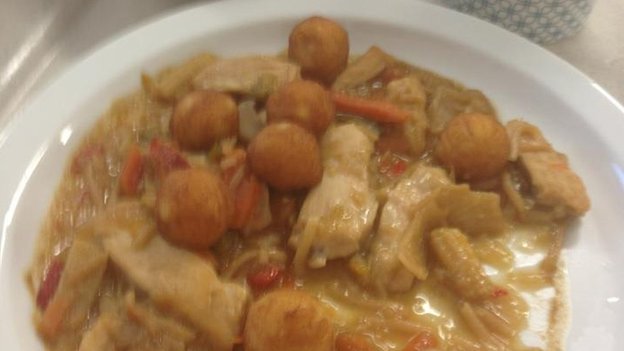 All patients are screened for malnutrition on admission, and wards also operate “protected mealtimes” to make sure patients are not interrupted by medical procedures while eating their meals.

Last year Scotland’s biggest health board, NHS Greater Glasgow and Clyde, admitted that it spent an average of just over £4 a day per patient. Its catering budget had been cut by almost £1m in the previous year.

Scotland has not seen the same level of dissatisfaction with hospital meals as England, where the Campaign for Better Hospital Food has been launched by the charity Sustain.

But BBC Scotland has been contacted by a mother who said the standard of food given to her son, who is receiving long-term treatment at the Sick Kids’ Hospital in Edinburgh, was “terrible”.

She claimed main meals were “highly processed” and “usually cold” while puddings were “cake and custard – school dinner style” and “never appetising”.

The woman added: “I find it pretty shocking that children with serious illnesses who need good nutrition get fed this junk food.

“It’s hard enough caring for an ill child without having to fret at every meal time about what they will eat and whether you should go out of the hospital to get them something else.

“I bet if a manager ate them for a week things would change.”

Nick Taylor, who spent six weeks in Aberdeen Royal Infirmary after a motorbike accident in 2012, said the biggest issue he experienced was food being either “dried out or developing a skin across the top” by the time it was served to patients.

We are taking a range of steps to help people make better food choices, taking account of food’s healthiness, quality, seasonality and freshness”

Mr Taylor added: “I was lucky because due to my injuries I had to eat 4,000 plus calories per day so I was given an additional menu which included things like chips and baked potatoes.

“So I was able to make the menus work for me a lot easier than other people on the ward. Some of the food was actually OK.”

Mr Taylor said the rest of the care he received on the word was “phenomenal”.

Health Minister Alex Neil launched the chefs competition during a visit to the catering department of St John’s hospital in Livingston, where more than 1,500 meals are prepared every day.

Mr Neil said: “Scotland is known as a land of food and drink with some of the best natural produce in the world. Despite this Scotland still has one of the poorest diet-related health records in the developed world.

“Whatever the reasons for our dietary habits, the Scottish government is determined that our culture must change if we are to prosper as a nation.

“That is why we are taking a range of steps to help people make better food choices, taking account of food’s healthiness, quality, seasonality and freshness.”

Mr Neil said “huge progress” had already been made in the Scottish NHS, with a nutritional database helping health boards to analyse recipes and ensure meals are nutritionally balanced and match patients’ individual needs.

He added: “The NHS Good Food Challenge 2014 is an excellent opportunity for our committed catering teams to show what they can deliver and to come up with new recipes that are tasty, healthy and can be shared across the NHS.”

Regional heats are expected to take place over the summer, with the final towards the end of the year.

What do you think of the food quality in hospitals? Have you taken a photo of a hospital meal? Please send us your comments and photos. You can email us at haveyoursay@bbc.co.uk using the subject line ‘NHS Meals‘.