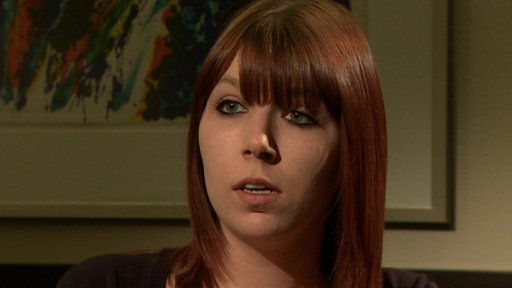 Ashleigh Murray has made allegations against NI21 leader Basil McCrea

The woman at the centre of allegations against NI21 leader Basil McCrea has said she did not contact the police as she thought she would not be believed.

Mr McCrea has denied the claims that emerged on polling day in Northern Ireland.

In an interview with the BBC, she said: “Who’s going to believe me, someone from my background?”

She said she started working for NI21 in the spring of last year and left in November.

She said she did not raise the allegations with senior party officials until earlier this month.

Asked why she continued to go to work after the alleged misconduct took place, she said: “I needed the work, I left work with no qualifications.

“He is a respected politician with a lot of power behind him.”

Ms Murray was speaking amid turmoil within the party and a very public falling-out between Mr McCrea and deputy leader John McCallister. 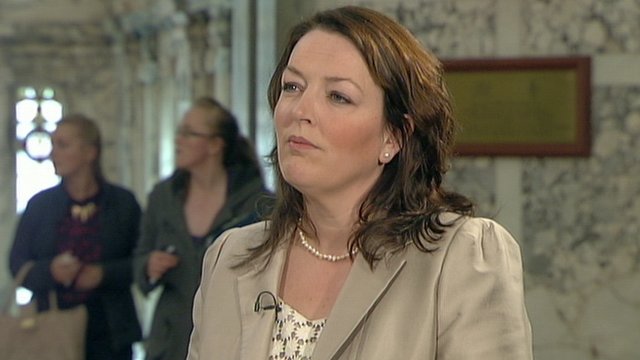 Tina McKenzie spoke to the BBC’s Gareth Gordon at Belfast City Hall. She says she feels “let down” by what has happened.

Earlier this week, the party re-designated as ‘other’ rather than ‘unionist’, however, Mr McCallister alleged it was an attempt to derail an investigation he instigated over the allegations.

Meanwhile, the party’s European election candidate Tina McKenzie has said it will be difficult for Mr McCrea and Mr McCallister to remain as leader and deputy leader.

Ms McKenzie resigned from the party executive on Thursday night and said she was “absolutely devastated” by the events.

“I have to say I’m seriously burned from politics and I’m very hurt and shocked and devastated,” she said.

“I think Basil needs to have a fair process. I think that’s important.

“I’m just devastated that all the work up to now has been ruined.”

He said the allegations were only brought to his attention the previous day. 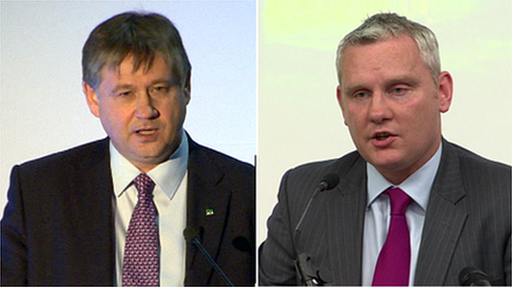 “At first reading of them, I can say that I deny them, so on that basis I’m not going any further on the description,” he said.

“That’s obviously an issue that I’m going to have to deal with and one of the things I’m looking at is how best to deal with the issues.”

NI21 was set up by MLAs Basil McCrea and John McCallister, after they quit the Ulster Unionist Party in 2013.

On Wednesday, Mr McCallister described the party’s decision to drop its unionist designation as “crazy” and “dysfunctional”.

He alleged the move two days before the election was aimed at trying to force him to quit his post so that he could no longer deal with the external investigation.

Mr McCallister apologised to NI21’s supporters for the current turmoil.

Mr McCrea has said he would respond if anyone brought any complaints to his attention.

NI21 candidate for Lisburn and Castlereagh Adam Murray said the past 48 hours had been “heart wrenching”.

“This was about a real passion for Northern Ireland for change and reform,” he said.

“We poured our heart and soul into this. We knew there would be problems, but to think it would come from the top levels of our own party – we never thought this.”