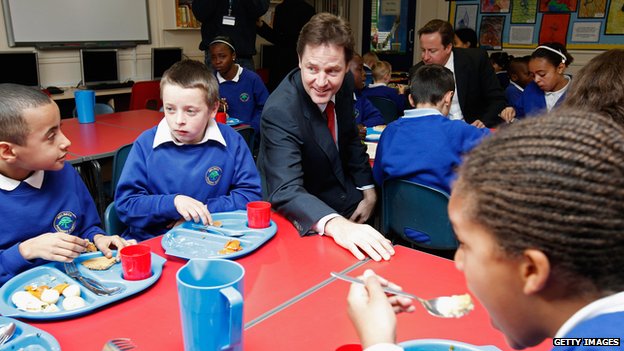 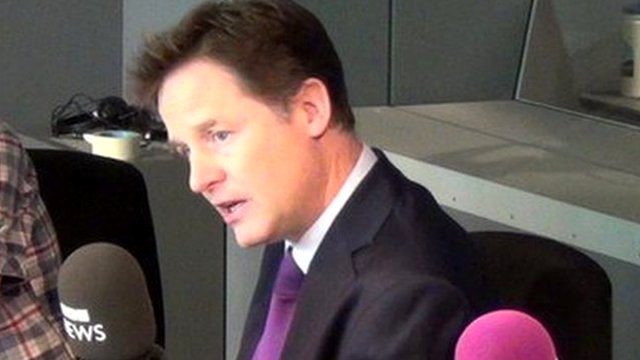 Nick Clegg has said ministers are at one over plans to give all pupils under seven in England free school meals.

It came after Education Secretary Michael Gove and Lib Dem schools minister David Laws declared they were “not at war” over the policy after numerous reports of a rift.

Penning a joint article in the Times newspaper, they said the policy had “true cross-party support”.

The deputy PM did not deny reports that he had told them to write it.

Pressed on whether he had ordered the article to be written, Mr Clegg told BBC Radio 4’s Today programme: “Of course I want the government in support of a policy that I think is going to make a dramatic difference.

“It’s going to save families a lot of money. Every family that has to pay for a school meal for their children is paying about £400 a year.”

Recently leaked emails have suggested coalition tensions over funding for school meals, after a former adviser to Mr Gove, Dominic Cummings, criticised the idea as “dumb” and a “bad gimmick”.

But the Lib Dem leader said the former adviser had been “wrong” to say the free school meals policy had been put together “on the back of a fag packet”.

“We’ve actually been piloting this for many years,” he said.

“The first pilots in Durham and Newham and elsewhere show that not only does it save families money, it has a dramatic educational impact, particularly on children who are poorer and not receiving free school meals at the moment. 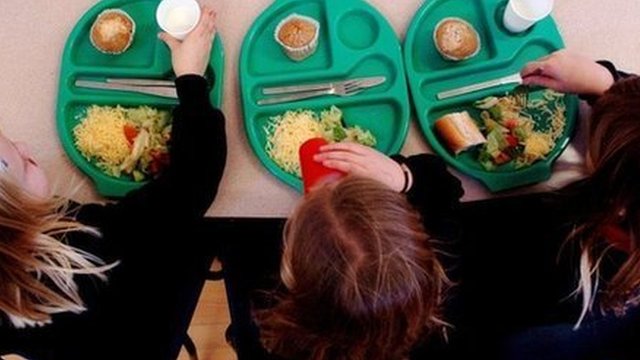 “It also has a very significant social impact, because it gets children sharing lunch together during the middle of the school day.”

Critics of the policy have questioned whether the cost of providing the food can be met without damaging other core educational aims, like providing school places, and whether enough money has been set aside for upgrading school kitchens to enable them to cope with the increased demand.

In April, a BBC Daily Politics investigation used freedom of information requests to reveal that more than 2,700 schools in England will not be able to start serving the hot school meals on time.

Stephen Watkins, the headteacher of Mill Field Primary School in Leeds, told the Today programme: “We will be providing the free meals in September.”

But he said it was “curious” that ministers were claiming the policy was fully funded “when I found out yesterday that… I have to pay 50% of the new extra equipment I’m going to need in my kitchen”.

He said: “I don’t yet know what that cost is, because they haven’t told me.”

The sum would “have to come out of the school budget”, he said, which he had just spent a fortnight working on, and the unanticipated cost would make it harder to fund some of his other priorities, such as installing wireless internet connections in the school and supplying pupils with tablet computers.

In the article, Mr Gove and Mr Laws wrote: “To judge from the latest breathless headlines, you might expect the two of us to be crouched under our desks like the last survivors in a Bruce Willis movie, only popping out occasionally to blast each other with shotguns.”

They said the reality of politics was “a lot more prosaic than some like to suggest”, adding that, on free school meals, “This is that rarest of political treasures: a policy that has true cross-party support.” 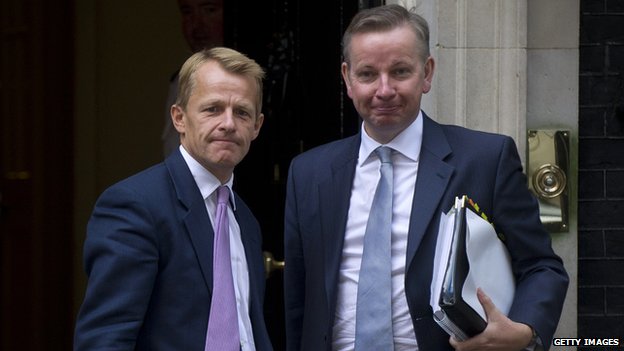 From September, all Reception, Year 1 and Year 2 children in state-funded schools in England will be entitled to free school meals under the scheme announced by Mr Clegg last autumn.

But leaked emails made public earlier this month revealed that senior officials in the Department for Education had warned that funding the change could mean cutting school places.

In their article, Mr Gove and Mr Laws acknowledged implementing the policy on time would be difficult.

“Some schools will find it easier than others to expand catering services, but at present the overwhelming majority seem to be on track and we are confident the policy will be delivered on time and on budget,” they wrote.

Over the weekend senior Conservative and Lib Dem sources strongly criticised each other over education.

Mr Gove was accused of being “ideologically obsessed,” while Conservatives said the Liberal Democrats were “pathetic.”

But on Wednesday a source close to the Conservative education secretary said “it was time to move on”.