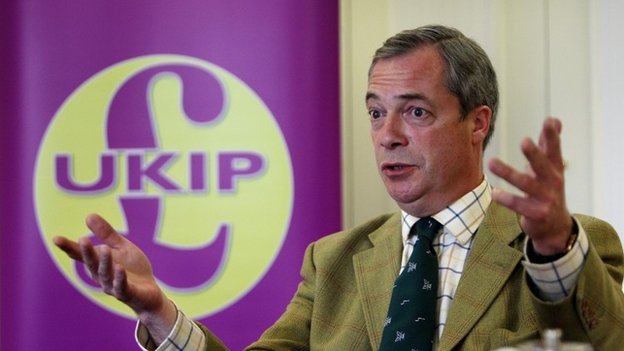 UKIP is aiming to win enough MPs next year to hold the balance of power at Westminster, Nigel Farage has said.

He said he would pile pressure on the largest party – Labour or Tory – to hold an in/out EU referendum.

He predicted Ed Miliband would pledge a referendum if Labour came a “bad second” to UKIP in the local and European elections.

He was speaking to BBC Radio 4’s Today programme as campaigning entered its final stage ahead of Thursday’s polls.