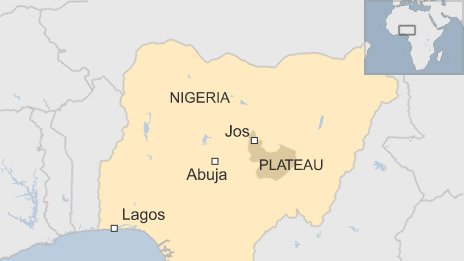 Two loud explosions have been heard near a crowded market in the volatile central Nigerian city of Jos.

The BBC’s Ishaq Khalid in the city says many casualties are feared because the market was very crowded at the time.

It is not clear what caused the explosions in the city, which has seen several outbreaks of deadly clashes between Christian and Muslim groups in recent years.

A spokesman for the local state’s governor confirmed there had been two blasts but told Agence France-Presse news agency that he did not have any casualty figures yet.

Jos lies on the fault-line which divides its largely Muslim north from its mainly Christian south.

Are you in the area? Did you witness the explosions? You can send us your experiences by emailing haveyoursay@bbc.co.uk using the subject line ‘Jos’.