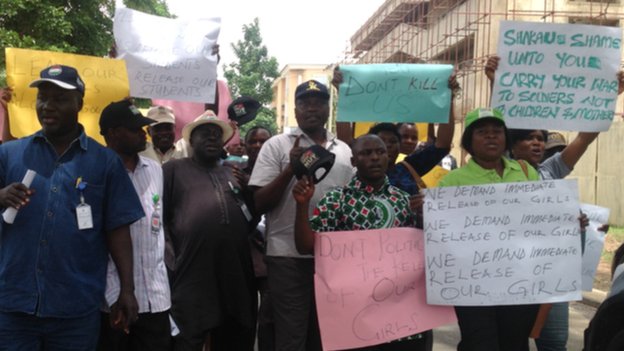 The teachers called for more security to be provided for schools

Teachers across Nigeria have held a day of protests in support of more than 200 schoolgirls seized by the Islamist group Boko Haram last month.

Teaching unions said they were also marching in memory of the 173 teachers killed by militants.

It follows two days of bloody attacks in the country, in which nearly 150 people have been killed.

Nigeria’s government is under pressure to do more to tackle Boko Haram and bring about the girls’ release.

US President Barack Obama on Wednesday said he had deployed 80 military personnel to neighbouring Chad to help in the search.

A UK spy plane sent to help look for the girls has arrived in Ghana, after it broke down and was forced to land in Senegal.

A Ministry of Defence source told the BBC it was now ready to be tasked to help Nigerian and US military efforts to locate the girls.

The girls were taken from their school in Chibok, in north-eastern Borno state, on 14 April. They are thought to be held in a remote forested area of the state, close to the border with Chad and Cameroon.

The BBC’s Bashir Sa’ad Abdullahi in the capital, Abuja, says teachers held “Bring Back Our Girls” rallies and prayers in several parts of the country.

They also called on government to increase protection for schools, which were closed for the day. 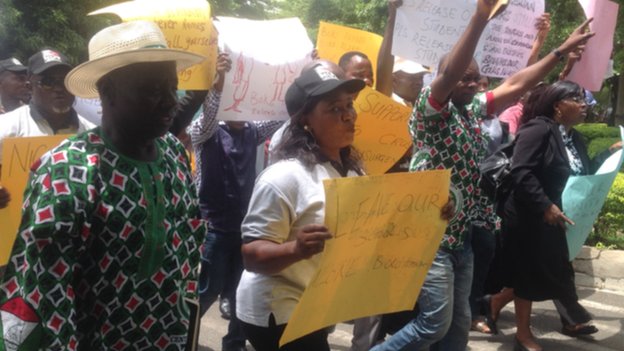 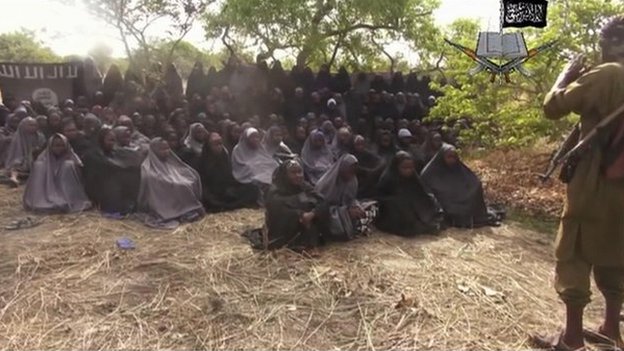 In some areas no protests were held because of poor communication from Nigerian Union of Teachers, but otherwise turnout seems to have been impressive, our reporter says.

President of the union Michael Olukoya said they would not stop campaigning “until our girls are brought back safe and alive and the perpetrators of the heinous crime are brought to book”, Nigeria’s Premium Times quotes him as saying.

Another union leader, Segun Raheem, said that teachers too were also a target – and the authorities were not doing enough to protect them.

“The majority of them are scared. They don’t even sleep at home. And when they go to school, it is with shock,” he told the BBC’s Newsday programme. 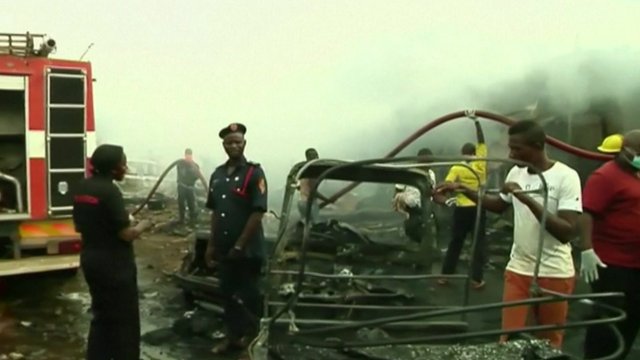 Hassan Jibir, a teacher in Abuja and chairman of the regional NUT, said the government needed to provide more security and understand that “education has to be the bedrock of development”.

“The Boko Haram crisis is affecting the teaching profession. There are so many schools bombed in Yobe [state], in Borno and other places – the schools are under siege,” he told the BBC.

Recruitment was also a crucial issue, he said.

“Today, if you advertise in Borno and say we want to employ teachers, who will go to Maiduguri to attend an interview? If you had a son could you send him to go teaching in Borno state?”

Nigeria is reeling from several days of violence.

Boko Haram is accused of killing 27 people in attacks on two villages, Shawa and Alagarno, not far from where the schoolgirls were taken.

Witnesses said they torched homes and shot at residents before leaving with stolen food and vehicles.

A double bombing in the central city of Jos on Tuesday, in which 122 people died, is also thought to have been the work of Boko Haram.