BBC News – One of ‘Colombia Three’ has weapons conviction quashed 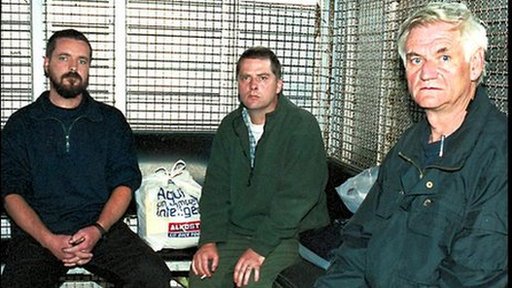 Mr McCauley, seen here in the middle, was arrested along with Niall Connolly and James Monaghan in Colombia in 2001

A conviction of one of the so-called Colombia Three for a weapons offence has been quashed.

Martin McCauley was seriously wounded and a teenager was killed when police opened fire on a hayshed in County Armagh in 1982.

Three years after that so-called shoot to kill incident, he was convicted of possession of three rifles found inside the shed.

The Court of Appeal has now ruled that the conviction was unsafe.

The 52-year-old, from Lurgan, County Armagh, was arrested along with Niall Connolly and James Monaghan in Colombia in 2001 and accused of IRA training of rebel FARC guerrilla forces.

They were initially cleared of the charge, only to be convicted on appeal and sentenced to 17 years in jail.

But the three men avoided imprisonment by fleeing Colombia in 2004, turning up in the Republic of Ireland a year later.

The Court of Appeal in Belfast has been examining a weapons conviction for which McCauley received a two-year suspended jail sentence.

Police claimed McCauley confronted them with a rifle at the hayshed 32 years ago during the incident.

He was seriously injured and Michael Tighe, 17, was killed when RUC officers opened fire.

McAuley had insisted he and Michael Tighe had not been armed and that the police opened fire without warning.

The police told the court that was not true.

Years after his conviction, it was revealed that MI5 had a listening device hidden inside the hayshed at the time of the shooting that recorded what happened.

That recording could have re-established whether the police issued any warnings or made any reference to McCauley being armed before they opened fire.

The existence of the recording was not made known to the court at the time of his trial.

Its existence was discovered by the former Deputy Chief Constable of Greater Manchester Police, Sir John Stalker, as part of his investigation into allegations that the Royal Ulster Constabulary (RUC) was operating a shoot to kill policy. 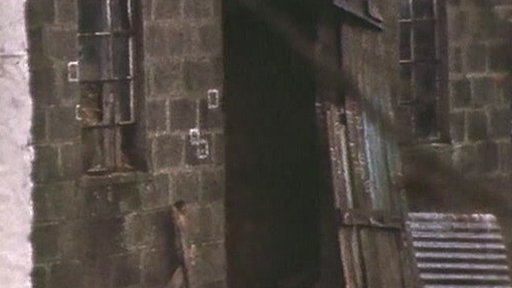 He also discovered that the recording was later destroyed.

Last year, the Criminal Cases Review Commission referred his case to the Court of Appeal, on the basis that potentially significant material had been withheld from the judge.

Last week, the Public Prosecution Service told the Court of Appeal it would not oppose the appeal.

In court on Wednesday, McCauley’s lawyer quoted from the Stalker Sampson report into the so-called shoot to kill incidents.

It is the first time details of the contents of the confidential report have been made public.

While the police claimed they had been engaged in a gunfight, the report noted that officers fired 47 shots and that none were fired at them.

The lawyer said the report made it clear there had been a deliberate cover-up by senior police officers to prevent those involved in the shooting facing criminal charges.

The cover-up included the destruction of the secret recording.

Karen Quinliven QC read from accounts of five MI5 officers who listened to the recording before it was destroyed.

None of them made any reference to warnings being given.

Indeed one of the officers, a former soldier, expressed concern that a warning had not been given, and that firing continued even after a ceasefire order had been given.

Another officer said he heard someone say: “We’ll get the bastards” in between bursts of gunfire.

The barrister said it was clear that Martin McCauley and Michael Tighe had been shot without warning, or the opportunity to surrender.

She said the fact that evidence about the shooting had been destroyed, and that police officers had lied about what happened, meant the conviction for possession of weapons was unsafe.

After a brief discussion with the two other appeal court judges, Lord Chief Justice Sir Declan Morgan said they were satisfied the conviction was unsafe and should be quashed.