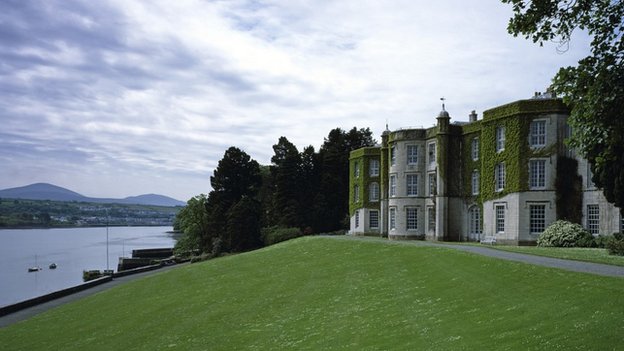 Plas Newydd was previously the National Trust’s most polluting property, warmed entirely by an oil-fired boiler.

One of the finest old mansions in Wales is making history with a new technology that sucks heat from sea water.

Plas Newydd, with spectacular views of Snowdon from Anglesey, will in future have its collection of past military uniforms warmed by a heat pump.

It’s the biggest UK scheme of its kind and shows a way in which buildings can be heated without imported gas or oil.

It relies on a heat exchanger, which uses a system akin to refrigeration to amplify warmth from pipes in the sea. 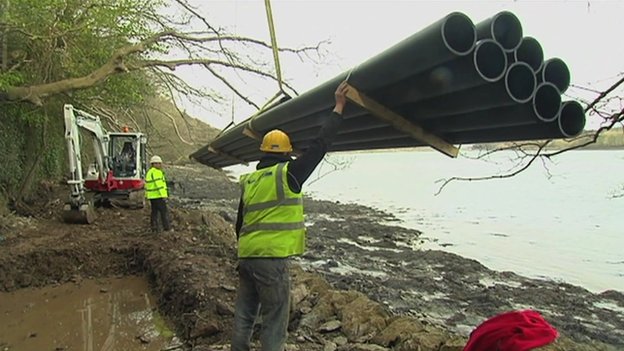 The proceeds will be returned to the conservation of the 18th century mansion, which boasts relics from the Battle of Waterloo and a spectacular mural by Rex Whistler.

Heat pumps are likely to become more common as the UK attempts to decarbonise its heating systems, which (unlike electricity) are almost totally dependent on fossil fuels.

The pumps use a compressor and a heat exchanger to suck heat from the air, the ground, or – in this case – water.

The system uses electricity to work the exchanger and the pump, and is only efficient if the final heat is usable at a relatively low temperature.

At Plas Newydd it will reach just 55C, but this is perfect for keeping the building at a steady warmth for conservation.

Adam Ellis-Jones, from the National Trust, said: “With the Irish Sea right on the doorstep, a marine source heat pump is the best option for us.

“Being a pioneer is never easy. There are very few marine source heat pumps and none of this size in the UK, so it has been a challenging project – but a very exciting one.”

Plas Newydd was previously the National Trust’s most polluting property, warmed entirely by an oil-fired boiler.

The use of heat pumps is growing as the government looks to subsidise low-carbon heat sources, but they are by no means universally suitable.

Currently they only pay back under certain circumstances – for instance if a property like Plas Newydd is not connected to the gas grid and relies on expensive oil heating; or if it has been designed to be high-efficiency so it only needs low-grade heat; or if it generates its own electricity through renewables so the power to run the heat exchanger is virtually free.

Air source heat pumps, which suck in air from outside, are the cheapest type to install, but they are the least efficient on the coldest days. Then it is better to have a ground or water source heat pump, with pipes buried underground or underwater, because water and ground will be warmer than air.

Homes with under-floor heating are better suited to heat pumps because they require large amounts of warm water at a relatively low heat. 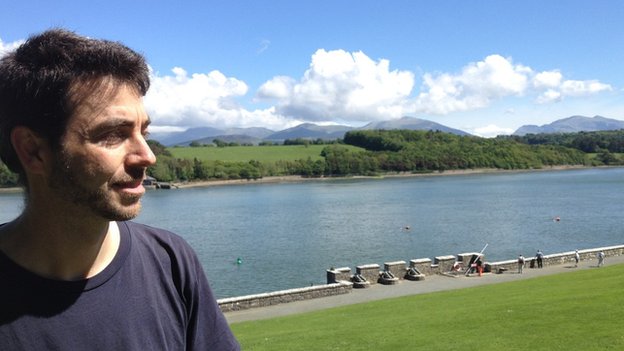 Tobi Kellner co-wrote the Zero Carbon Britain report for the Centre for Alternative Technology at Machynlleth in mid Wales. He told BBC News that if the UK sticks to its aim to cut CO2 emissions 80% by 2050, heat pumps will be essential.

“Today heat pumps are not the ‘green’ heat source of choice for most households because of the polluting nature of our power stations,” he said.

“In a future where most electricity is produced from renewables this picture would change fundamentally as heat pumps deliver most of the energy required for heating homes.

“Heat pumps could also play an important role in balancing supply and demand in future energy systems. Electricity is difficult to store, but heat can be stored easily in the form of hot water.”

He calculates that running heat pumps when wind power output is high and demand low – on, say, a windy night – then storing heat in hot water cylinders or storage caverns could help solve the problems of variable output from renewables.

The National Trust is pressing ahead with low-carbon developments across its huge estate. Its managers are uncomfortably aware that these improvements are heavily subsidised by a levy on the bills of all energy users, including the poorest.

If its remaining five renewables pilots succeed, the Trust will invest in 43 further renewables schemes.

A National Heat Map will be published at the end of June, showing the rivers in England that have the highest potential for water source heat pumps.