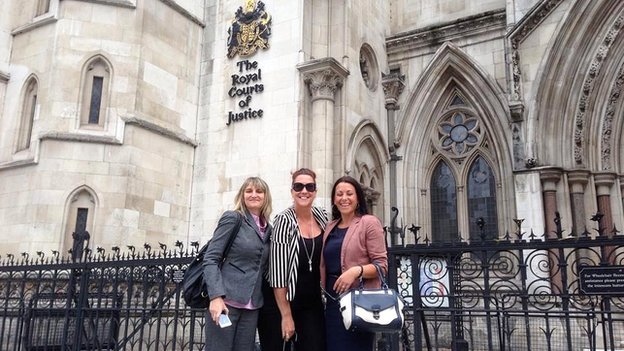 Parents campaigning against cuts to nursery provision in Rhondda Cynon Taf have won the latest stage of their battle at the High Court in London.

Parents Against the Cuts to Education sought a judicial review after a council decision to end full-time nursery education for younger children.

It decided to offer part-time schooling for three-year olds and full-time from the age of four as part of budget cuts.

Rhondda Cynon Taf Council has the right to appeal against the decision.

The plan to raise the age for full-time education to four, in line with many other Welsh councils, caused an outcry from parents.

Jo Caddy, one of the campaigners who travelled to London to hear the judgment, said: “It’s hard to describe, it’s absolutely awesome, a lot of hard work and effort gone into this.

“We wanted to be here to hear this. It’s exceptionally important. There’s nothing more important than children’s education. We all believe strongly the council acted inappropriately.”