A retired British couple facing extradition to the US on fraud charges have been remanded in custody after an apparent suicide bid.

Paul and Sandra Dunham from Northampton appeared at Westminster Magistrates Court after being transferred from hospital.

Judge Howard Riddle said the couple had taken enough drugs to do themselves “real harm”.

He rejected arguments from their legal team that they would not try again.

They had been due to surrender to the authorities at Belgravia Police Station in London on Thursday morning.

When reporters went to their home on Windingbrook Lane for arranged interviews that morning no-one answered the door and police were called.

Officers forced their way into the property. 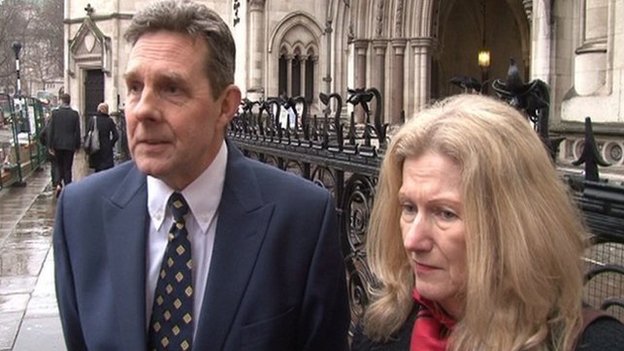 Later that day, Paul Dunham told BBC Radio Northampton he and his wife, Sandra, both 58, had attempted to kill themselves.

At Friday’s hearing the judge said Mrs Dunham had told a nurse at Northampton General Hospital it had been a “cry for help”.

Judge Riddle said: “There is simply no other conclusion that I can reach on the face of it than, at the very least, it was to delay or prevent the [extradition] process from taking place.”

The court heard Home Secretary Theresa May had granted the couple 14 days before further attempts were made to extradite them.

“In 14 days or thereabouts a decision will be taken that extradition is imminent and at that stage, despite the protestations that they won’t, there is a real risk they will take steps to harm themselves,” the judge said. 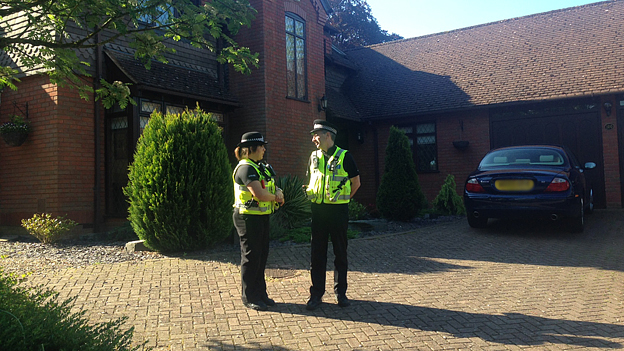 The Dunhams had previously said they were ready to kill themselves rather than face extradition and a lengthy period of detention in the US.

They had fought and lost an extradition battle over concerns about their health and possible treatment in US custody.

Mr Dunham had been chief executive and president of Pace, a US company manufacturing soldering irons for the electronics industry.

He was indicted on 13 counts of fraud and money laundering by a grand jury in Maryland in December 2011.

Mrs Dunham is accused of aiding and abetting him. The couple worked in the US between 1999 and 2009.

They were due to attend Belgravia police station at 10:00 BST on Thursday before being taken to Heathrow Airport to meet US marshals to be extradited.

The US marshals said they were unsure of the next step and were consulting the overseas investigation department.