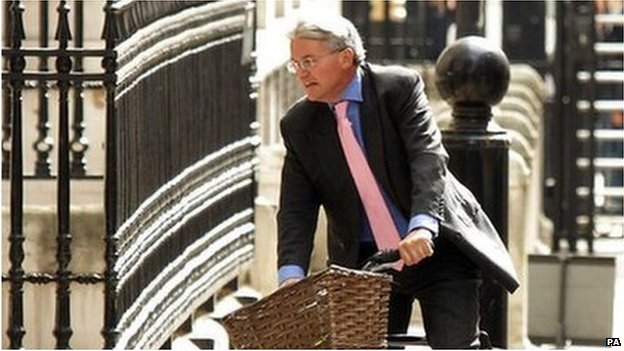 Andrew Mitchell has claimed one of the police officers involved in the “plebgate” affair boasted that he could “topple the Tory government”.

In a letter written to Met Police Commissioner, the former minister calls for all of the evidence the force holds on the incident to be published.

Mr Mitchell resigned after he had a row with police officers who would not let him cycle through the gates of No 10.

The 2012 altercation in Downing Street is now the subject of a libel case.

The Sun newspaper claimed Mr Mitchell swore at the officers and called them “plebs” who should learn their place – something Mr Mitchell has always denied.

Mr Mitchell is taking legal action against the Sun as well as the officer who reported Mr Mitchell’s alleged comments while the officer is, in turn, suing the former minister.

In a letter to Sir Bernard, details of which have emerged, the former chief whip refers to misconduct hearings the Met has held in relation to the incident.

“While I wish to say that the way these hearings were run was undoubtedly fair and proper I am deeply concerned that they were held in private and were not open to public and journalistic scrutiny,

“I am deeply concerned that if any of the information is withheld, and any hint of a cover up is left in the public mind, a signal will be sent that the police can get away with doing this to people who would have no chance to fight back and public confidence will be yet further undermined.”