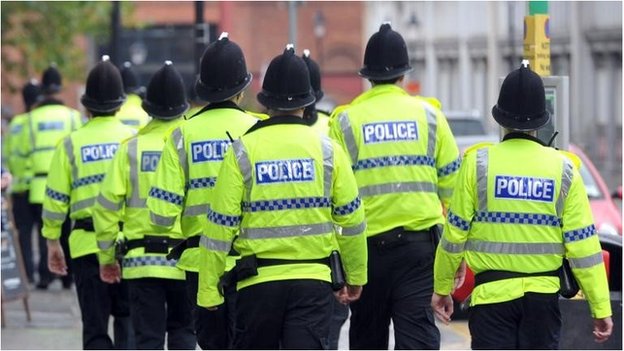 The Police Federation is meeting later for its annual conference amid calls for far-reaching reforms.

Last week MPs called for urgent reform of the organisation, after a report found there was a culture of bullying and called for full disclosure of its financial affairs.

Meanwhile the BBC has learned of a further claim of bullying among senior Federation officials.

The federation, and those involved in the incident, deny bullying took place.

The parties involved were satisfied with this approach and the matter was looked into by the deputy general secretary. No case of bullying was found.”

The BBC discovered that an allegation was made on 20 March by Andy Dumbiotis, who is the vice-chairman of the federation’s Constables’ Committee.

He claimed the general secretary of the organisation, Ian Rennie, bullied the vice-chairman, Steve White, at a meeting on 19 March.

Mr Rennie had been “angry and overbearing” and the vice-president had been left “unhappy” and like “a chastised child” according to Mr Dumbiotis.

Mr White – who has said he plans to stand for the chairmanship of the federation, told the BBC: “I can confirm I was neither bullied or harassed and, as such, made no formal or informal complaint.”

Mr Rennie said: “This was not an incident or complaint of bullying.” However, Mr Dumbiotis told the BBC: “As far as I’m concerned I made a formal complaint.”

The federation – which represents 127,000 rank-and-file police officers – said the allegation had been investigated and it concluded that it was not an incident of bullying.

A spokesman said: “There was no formal complaint to the Police Federation regarding this incident – the allegation was dealt with in accordance with the anti-bullying and harassment policy, which seeks to resolve issues as informally as possible.

“The parties involved were satisfied with this approach and the matter was looked into by the deputy general secretary. No case of bullying was found.”

Meanwhile a survey of 1,828 people has suggested that 63% of the public would feel less safe if the government continues to cut the funding it gives police forces.

The Ipsos-Mori poll commissioned by the Police Federation found that 93% of those surveyed said the number of police officers was important in affecting how good a job the police service can do.

And 55% said their feelings of safety were influenced by the number of officers available to their local force, with 19% unsure.

Officer numbers have fallen by 16,000 since 2010, said the federation, which represents all officers up to and including the rank of chief inspector.

Its current chairman, Steve Williams, who is to step down after next week’s conference, said: “This survey surely dispels any lingering doubt that the public would be alarmed about the affect that falling numbers of police officers will have on their personal safety.

“If British policing is to be able to operate to its capacity and bring justice to the millions of victims of crime, then it is vital that we protect and increase officer numbers. Without sufficient numbers of officers, it will be ever more difficult to perform our vital role.”