BBC News – Police security role at Parliament to be reduced 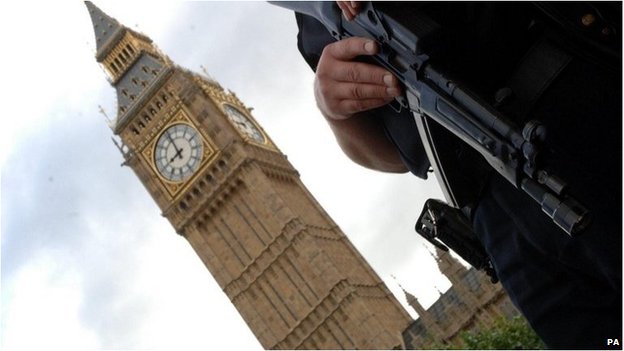 The decision to split the contract was made by a joint committee of MPs, peers and security experts

Police officers are to be replaced by private guards to cover some aspects of security at the Houses of Parliament.

The Metropolitan Police force currently provides all security services for the Commons and the Lords.

From next April, security screening at public entrances will be run by a private contractor – although the Met will continue to provide armed police.

The move has been made in a bid to make substantial savings to the £24m parliamentary security budget.

The decision to split the contract was made by a joint committee of MPs, peers and security experts.

A private contractor has not yet been chosen.

Earlier this week Labour MP Barry Sheerman sought assurances that security would not be outsourced.

He feared the contract would be awarded to a company such as G4S, which failed to provide enough security guards for the London Olympics.

Commons Speaker John Bercow replied he was “very comfortable” with security arrangements of the House – but they would not be discussed on the floor of the chamber.

Imitation weapons, swords and knuckle dusters are just some of the items confiscated by police at public entrances to Parliament in the past few years.