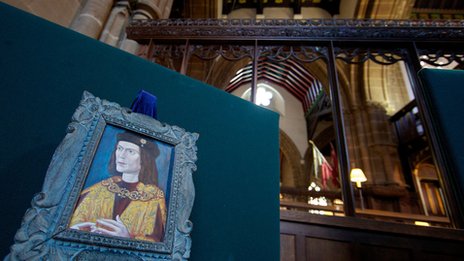 Distant relatives of King Richard III have lost their High Court battle over where his remains should be reburied.

His remains were uncovered in a Leicester car park in September 2012 and the nearby cathedral was lined up for his tomb.

But a group claiming descent from the king’s wider family were granted a judicial review, arguing more views should have been taken into account.

Judges at the High Court said there was “no duty to consult”.

In the ruling, they added: “There was no public law grounds for the court to interfere.”

Killed at the Battle of Bosworth in 1485, Richard III was buried in a Leicester church but the building was lost to later development.

Authorities in Leicester said they were delighted at the decision and they looked forward to reinterring the body with “dignity and honour”.

The group which brought the challenge, the Plantagenet Alliance, claimed York was a more suitable location for Richard’s remains as he has spent his childhood and much of his adult life in the North.

In the court case, they had argued the unique nature of the discovery meant more consultation should have taken place.

The reinterment ceremony has been scheduled for spring 2015.

A new design for the tomb is expected to be revealed in “three or four weeks”.