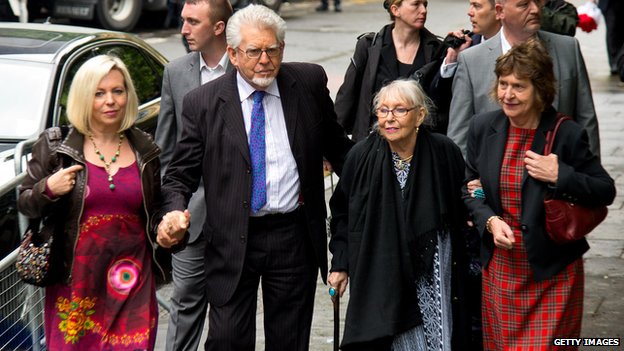 TV entertainer and artist Rolf Harris has arrived at Southwark Crown Court where he is expected to give evidence for the first time at his trial for alleged indecent assaults.

The jury has heard claims Mr Harris, from Bray, Berkshire, was a “Jekyll and Hyde” character whose fame allowed him to target under-age girls in the past.

He denies 12 counts of indecent assault on girls aged seven or eight to 19.

The 84-year-old arrived with his wife, Alwen Hughes, and his daughter, Bindi.

The incidents are alleged to have taken place between 1968 and 1986.

Prosecutor Sasha Wass QC told the jury Mr Harris was “an immensely talented man” but used his reputation to carry out “brazen” sexual assaults, often when other people were present or nearby.