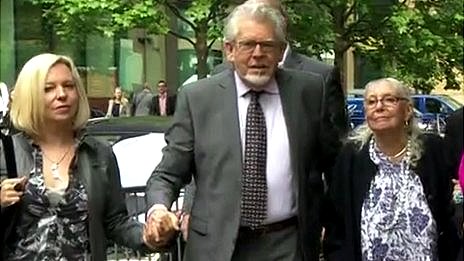 A woman who claims she was groped by Rolf Harris in a pub when she was aged 15 has denied fabricating the story.

However, Tonya Lee, who has waived her right to anonymity, admitted she got the date of the alleged assault wrong.

Miss Lee told Southwark Crown Court she was “not a robot” with a head for dates but she had “no doubt” the assault in Greenwich, south-east London, took place.

He is accused of assaulting four girls in the UK between 1968 and 1986, when they were aged between seven or eight and 19.

Three of the counts relate to Miss Lee, 43, from Australia, who says she was in London on a theatre trip in 1986. 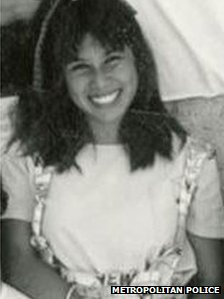 Miss Lee, pictured here in the 1980s, has waived her right to anonymity

An itinerary of the tour produced by Sonia Woodley QC, for the defence, said there would be a “celebratory meal with Rolf Harris” in a public house in Greenwich at the end of their tour.

Miss Lee previously told the court Mr Harris had assaulted her at the start of her group’s six-week visit to the UK.

She told the court on Wednesday: “There is no doubt in my mind what occurred to me.

“Both assaults are very clear in my mind. I got the dates wrong, I admit to that.”

Miss Lee also dismissed prosecution claims that she had made up the story because she was motivated by money.

The court was told she had made a £33,000-deal with a Sydney publicity agent to give interviews to an Australian TV station and a magazine.

The jurors were also shown a newspaper article in which Miss Lee complained that not all of the money due to her had been paid.

She added: “That was blood money. That’s not money for frivolity or fun.”

Thursday’s second witness, a former partner of Mr Harris’s daughter, said he was told by one of the complainants that the entertainer had an under-age sexual relationship with her.

Malcolm Cox said the woman, a friend of Bindi Harris, was visiting the Harris family home in Bray, Berkshire, in 1996 or 1997 when she told him there had been a sexual relationship between Mr Harris and her, and it had occurred before the age of 16.

He said: “The gist was, in my opinion, that someone had been abused.”