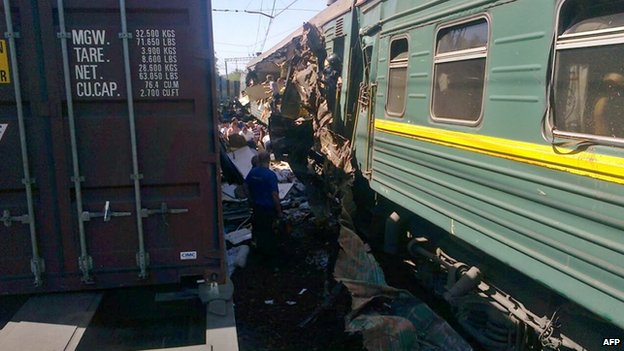 At least five people have died after a freight train hit a passenger train south-west of the Russian capital Moscow, officials say.

Injured people were reportedly carried from the train as emergency services rushed to the scene.

The passenger train was on its way from Moscow to Chisinau in Moldova.

Russia’s interior ministry said at least five people were killed and 15 were injured, although some local reports put the number of injured at as many as 45.

Officials said several carriages on the freight train came off the rails near the town of near Naro-Fominsk and hit the passenger train.

Several carriages on the passenger train are said to have then derailed, and some of them overturned.

“One of the carriages of the passenger train was crushed by the freight train wagons,” he said.

“Rescuers are working to pull out injured people being crushed by the wagon.”

A spokesman for the health ministry, Oleg Salagay, said that rescue crews and medical teams were doing everything they could to save lives.

“Medics are working at the scene now, assessing the condition of the injured,” he said.

“All the necessary medical aid is being provided for them, and this gives us hope for a successful outcome.”

The cause of the accident was not immediately clear.

Traffic on the line – which also serves Kiev in Ukraine – was suspended as a result. 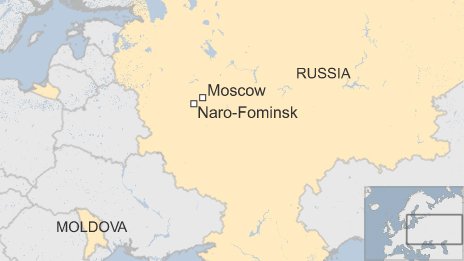 Are you in the area? Email haveyoursay@bbc.co.uk with ‘Russia crash’ in the subject.