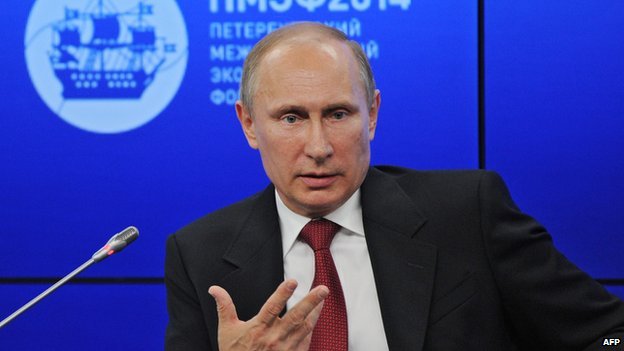 Russia’s President Putin has said he will respect the outcome of Ukraine’s presidential election on Sunday.

Speaking at an economic conference in St Petersburg on Friday, Vladimir Putin also said he believed Ukraine had descended into “full-scale civil war”.

Meanwhile, pro-Russia separatists have clashed with self-defence fighters in the eastern city of Donetsk.

Violence in the east, particularly Donetsk and Luhansk, has seriously disrupted preparations for the polls.

Separatist insurgents in the two regions declared independence after disputed referendums earlier this month and have pledged to derail Sunday’s vote.

After the votes on 11 May, Moscow said it respected the results and called for peaceful “practical implementation” of the “will of the people”, even though Mr Putin had urged a delay to the referendums days before.

The presidential elections were called after the last elected president, Viktor Yanukovych, was deposed in February amid mass protests against his pro-Russian policies.

“We understand that the people of Ukraine want their country to emerge from this crisis. We will treat their choice with respect,” President Putin said in St Petersburg.

“It would have been better to hold a referendum and adopt a new constitution. Under the current constitution (Viktor) Yanukovych is still in power,” he added.

Mr Putin also voiced concern that Ukraine would join Nato and said that he hoped the leadership in Kiev would end military action in eastern Ukraine.

He also denied that Moscow was behind the violence in eastern Ukraine, involving pro-Russia separatists. 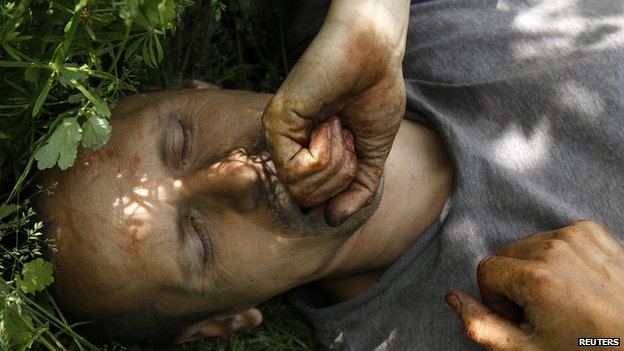 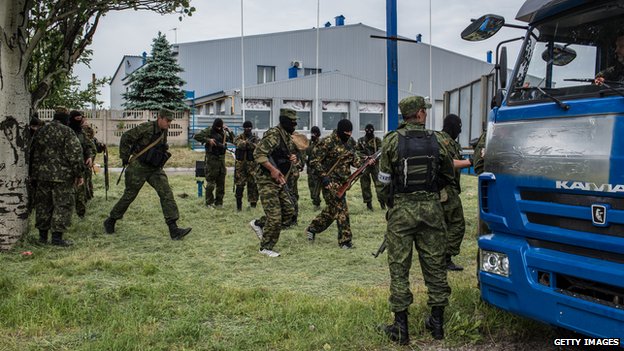 Further clashes were reported on Friday between pro-Russia separatists and self-defence fighters near the village of Karlivka in the Donetsk region.

Semen Semenchenko, commander of the Donbass region battalion – a volunteer force attached to the army, said several soldiers were wounded after they were ambushed by attackers using automatic weapons, snipers and grenade launchers.

The number of casualties remains unclear, however, an AFP photographer reported seeing at least five bodies near the village of Karlivka.

The latest fighting comes a day after the Ukrainian military suffered its heaviest losses since the crisis began, with at least 14 soldiers killed in the Volnovakha area of eastern Ukraine.