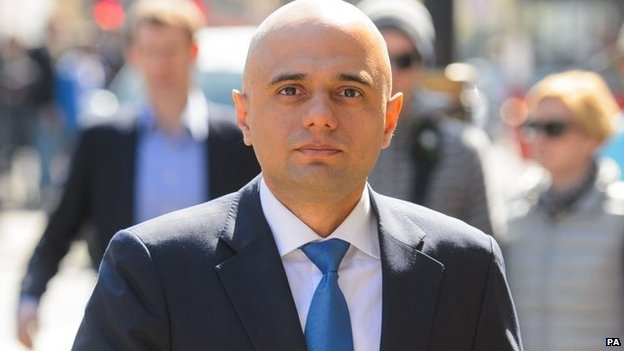 Migrants to the UK must learn English and “respect our way of life”, Sajid David – the UK’s first Asian secretary of state – has said in an interview.

The Culture Secretary told the Sunday Telegraph that voters had legitimate fears over “excessive” immigration.

Mr Javid, elected Conservative MP for Bromsgrove in 2010, criticised migrants who had lived in Britain for many years but still could not speak the language.

He also said there was no place for Sharia law in the English legal system.

Mr Javid, the son of Pakistani immigrants, said: “People want Britain to have more control over its borders, and I think they are right.

“People also say, when immigrants do come to Britain, that they should come to work, and make a contribution and that they should also respect our way of life, and I agree with all of that. It means things like trying to learn English.”

He added: “I know people myself, I have met people who have been in Britain for over 50 years and they still can’t speak English.

“I think it’s perfectly reasonable for British people to say ‘look, if you’re going to settle in Britain and make it your home you should learn the language of the country and you should respect its laws and its culture’.”

Mr Javid spoke amid reports that Sharia courts have been established in cities such as London, Birmingham, Bradford and Manchester.

He said: “Where people want to have their own private arrangements between them, that is a matter for them. But there is no place for Sharia law in British law.”

Mr Javid also expressed concern about allegations of a plot by Muslim radicals to “Islamise” state schools in Birmingham.

He went on to say that the “vast majority” of immigrants wanted to integrate with the rest of society in the UK.

Mr Javid is the first Asian male in the cabinet, after Baroness Warsi became the first Muslim female in her role as co-chairman of the Conservative Party.

Mr Vaz told BBC Radio 5 live: “It was a Labour government that introduced an English language test for those who wanted to get indefinite leave to enter the country.

“This is not new; it’s just interesting because it’s been said by the first Asian cabinet minister. Politicians have been saying this of all parties.

Mr Javid’s interview came a day after the Daily Mail reported that immigrants who could not speak English had been able to buy documents saying they had passed a language test.