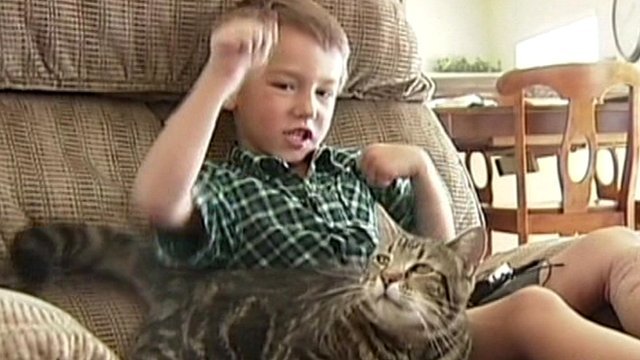 The cat in California who was caught on video saving a boy from a dog has been invited to “throw” the first pitch at a baseball game.

Tara would appear at the next home game of the minor league team Bakersfield Blaze, its representatives said.

“It sounds crazy. But we’ve got a trick up our sleeve,” team member Dan Besbris said, without giving further details.

The family’s CCTV video shows the dog biting and dragging the boy in a driveway in Bakersfield earlier this week.

The cat then pounces on and chases away the dog, described as a Labrador-Chow mix.

Jeremy – who needed stitches after the attack – praised his cat.

The dog is now in quarantine and is expected to be put down.