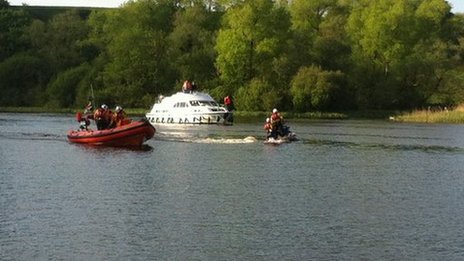 A search operation is under way on Lough Erne in County Fermanagh.

The search began after 18:00 BST on Friday after reports that a boat had capsized and sunk.

Two RNLI lifeboats and a police boat are carrying out searches on the water while police and fire officers are searching along the shoreline in an area around Portora Boat Club.

It is understood up to six people were on board – five made it to shore but one is still missing.

The Irish coastguard helicopter is helping with the search.