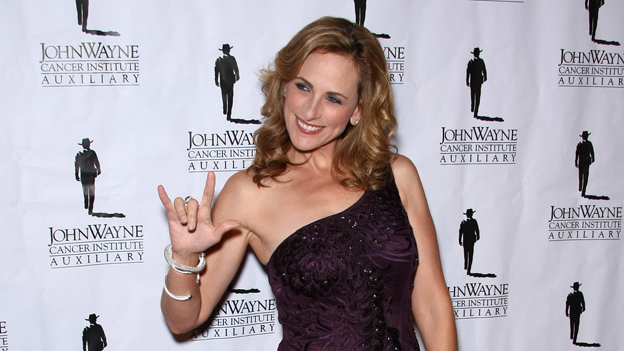 Foreign language TV dramas such as The Killing and Wallander have been surprise hits. As Britain warms to subtitles at the bottom of the screen, is it time for drama in sign language to shine?

For deaf people, the recent influx of foreign drama has been good news. They are screened in their original language with very good quality “open” subtitles for everybody, rather than via a button on the remote control. Contrast this with the regular subtitle service, which is often criticised as poor (and sometimes missing altogether) by deaf people.

Refreshingly it seems the thousands who watch Scandinavian dramas don’t have a problem following a story by reading the screen. With that potential hurdle now cleared, perhaps drama in sign language could also go mainstream in the UK – if subtitled.

You may not have caught it on the fringes of the schedules over the years, but the UK has had signed drama on TV before. What’s more, there is something of a “scene” emerging around the world.

There are two distinct types of drama made for deaf people. The traditional sort has mostly deaf actors, is mostly signed and has little spoken dialogue. In fact sound is almost entirely absent. 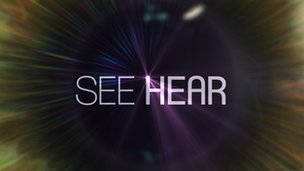 See Hear is broadcast on BBC Two at 10:30 BST on Wednesdays – or catch up on BBC iPlayer

The Young and the Speechless, a wittily-named South African drama from the 90s was an example of this genre, as was the BBC Two soap Switch and Channel 4’s Rush. The balance of deaf and hearing actors in these shows was roughly 80-90% in favour of deaf signers. They appealed to a core deaf audience who wanted to see themselves represented on screen in exactly the same way as hearing people. It wasn’t an attempt at inclusion or integration, it was simply felt that hearing people were already served by dozens of weekly soap operas – so the spoken word was excluded. But not many hearing people watched.

The near total lack of sound may have been off-putting. In foreign language dramas, hearing people can still listen to the characters and the rich intonations and inflections of each voice even if they can’t understand them.

BBC Drama commissioner Ben Stephenson tells See Hear that there is no barrier to a drama being made in British Sign Language (BSL), as long as the script is good enough. He says: “If someone came with a script like that and it was really good, I think we would probably leap up and down with excitement, because it’s really hard to find great scripts.” 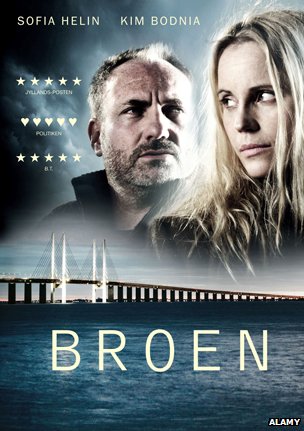 The Bridge was a subtitled TV success

A more recent breed of drama for deaf people has a 50:50 balance of speaking and signing, a rich soundtrack and a mix of deaf and hearing actors. It appeals to a much wider audience as a result and, perhaps could join shows like The Bridge and Borgen in that Saturday night foreign drama slot.

There are three of these hybrid sign/speech dramas that See Hear knows about at the moment. Most successful is teen drama Switched at Birth which airs in a primetime slot on ABC Family in the US. Now in its third season, it’s not yet shown in the UK. Starring Oscar-winning deaf actress Marlee Matlin (Children of a Lesser God, The West Wing), the show has undoubtedly brought deaf culture and American Sign Language to a mainstream audience.

Making sign language and deafness part of the story, but not the whole story, feels like the key to deaf drama’s future success. One criticism of Switched at Birth, however, is the lack of deaf people working off screen, either on the writing team, as directors, or in the crew. As a result, some deaf people question its authenticity.

Scandinavia, where the UK’s favourite foreign language dramas come from, is the home of two more dramas with signing at the core, also airing in primetime in their home countries.

Sweden’s Inte Varre an Andra (No Worse Than Others) follows a crew making a documentary about a deaf family who are rather unusual. And in Norway’s MokkaKaffe (“Rubbish Coffee”), two men – one deaf, one hearing – are in a serious car accident which leaves them unconscious in intensive care. Their deaf and hearing families must figure out why they were travelling together in the first place.

The hearing actors on both dramas offer the underplayed Nordic performances which audiences have come to love. They contrast nicely with the more expressive, physical acting of their deaf counterparts who, by necessity, communicate very visually via sign.

And in a nod towards inclusivity, both the signing and the speaking are fully subtitled so the viewer can follow everything whether they are deaf or hearing in Sweden or Norway.

But if these foreign dramas were aired here in the UK, deaf audiences would have to read the subtitles for the signing – because Swedish and Norwegian sign languages are very different to BSL. The themes and concerns, however, would be universal to deaf people around the world, and appreciated as such. And hearing audiences might learn about deaf culture, picking up a sign here and there, and learning about such features of deaf life as lights flashing every time the doorbell rings.

Instead of watercooler chats about Sarah Lund’s jumper and people saying “tak”, perhaps we’ll see a new craze for people learning BSL or creating sign names for each other while awaiting the latest episode of the new signed drama on BBC Four. But which country will it come from?

See Hear’s Deaf Drama special airs at 10:30 BST on Wednesday 21 May on BBC TWO, and will be on iPlayer soon after that.

Email us at seehear@bbc.co.uk with your stories and comments, like our Facebook page and enjoy watching our programme.