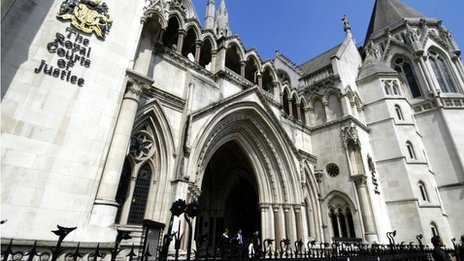 The case was heard at the High Court earlier this month

Two Slovakian parents have failed to block the adoption of two of their sons by a same sex couple in Kent.

The Catholic couple, who are of Roma origin, argued their two young children would grow up alienated from their family and community.

Taking the case to the High Court, they accused the local authority of social engineering by attempting to turn the children white and middle class.

An earlier hearing heard evidence they had neglected their children.

In what the judge described as a “very sad case”, the boys – aged two and four – were put up for adoption because of concerns about the couple’s parenting.

Mrs Justice Theis had found them unwilling to acknowledge the criticisms or to change how they parented their children.

The court heard the boys’ older siblings’ school attendance was poor, that they were left alone and “over-chastised” – the father admitted he had beaten them – and sometimes appeared dirty and unkempt.

The judge had ruled the younger boys should be adopted, for their long-term welfare.

She said that any adoption placement should be “sensitive to their needs and identity”.

But the parents argued the current plan – to place them with a gay couple – did not fulfil this. 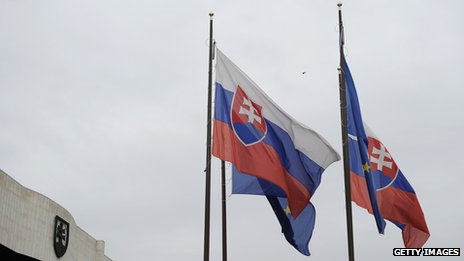 Slovakia has a significant Roma population

At the High Court earlier this month the parents accused Kent County Council of a “conscious deliberate effort… to transform our children from Slovak Roma children to English middle-class children”.

They claimed homosexuality was not recognised by the Roma community. Gay marriage has been condemned by Catholic bishops in Slovakia.

The father is hardworking, well-educated; he wanted the best for his children”

Adoption by a same sex couple could cause their children psychological harm in the future, they argued.

“If as expected our children will try to find us and their siblings and roots, then they will discover huge differences between our culture and the way they’ve been brought up,” they said in statements to the court.

“This is likely to cause them great upset and to suffer a conflict within themselves such as to set them against their adoptive parents.”

However in his judgement – made public on Friday – Sir James Munby, the most senior judge in the Family Court, said the couple had no grounds in law to appeal.

He added that while any judge should “respect the opinions of those who come here from a foreign land”, he had to judge matters according to English law and by reference to “the standards of reasonable men and women in contemporary English society”.

The parents are appealing to the European Court of Human Rights, although it is likely it will take months before their case is heard.

Lucie Boddington, from Děti Patří Rodičům – or Children Belong to Parents – a Slovakian charity which has been supporting the couple, said she hoped the Slovak government would request the case be heard more quickly.

She told the BBC the parents were “desperate” and had cried openly when they heard the judge’s decision.

“This is I think in some way a cultural misunderstanding,” she said.

“In Slovakia, they were a model family – very different from the way some Roma live. The father is hard-working, well-educated; he wanted the best for his children.”