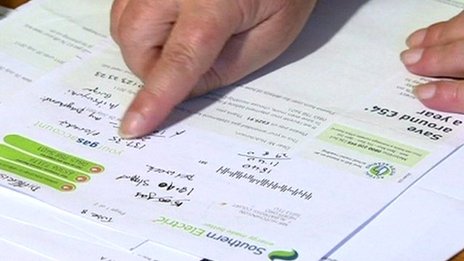 Big Six energy supplier SSE has reported a 9.6% rise in pre-tax profits to £1.55bn for the year to 31 March compared with £1.4bn a year earlier.

The firm said it had been boosted by a strong performance in its electricity transmission operations.

But the results come during what it said was a “very challenging” time for the energy sector.

In March SSE said it was freezing its energy tariffs until January 2016.

The UK’s Big Six energy suppliers, which control around 95% of the retail market, have come under fire in recent years for steadily increasing tariffs.

In its latest results SSE also said it had lost 370,000 customers over the course of the year.

It said increased switching between suppliers by customers during the year had meant the number of electricity and gas customer accounts in Great Britain and the Ireland had fallen from 9.47 million to 9.10 million.

Meanwhile, SSE’s operating profits from its retail operations fell by 28.6% to £292m.