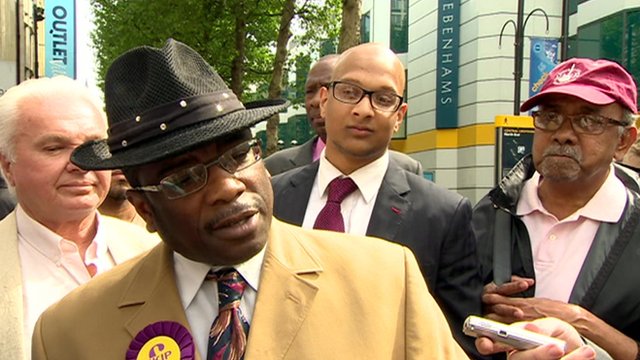 UKIP leader Nigel Farage has pulled out of a musical carnival organised by his party after supporters clashed with protesters in the street.

A steel band hired for the event in Croydon, south London, refused to continue playing when told they had been hired on behalf of UKIP.

The anti-EU party had promised to bring a “strong and positive message” to the streets of Croydon, with a “bold and vibrant” carnival-style campaign event.

The band Endurance Steel played as the protesters gathered, with one Romanian woman holding a banner accusing UKIP of “racism” after Mr Farage said last week that people would not feel comfortable if a group of Romanian men moved next door.

Arguments followed between the demonstrators and Mr McKenzie, a candidate in Thursday’s council elections in Croydon. 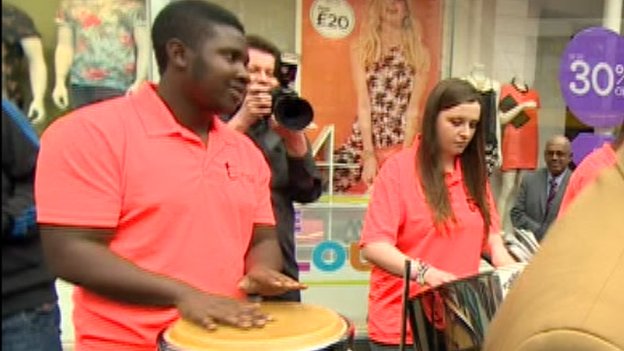 The event was supposed to “bold and vibrant” 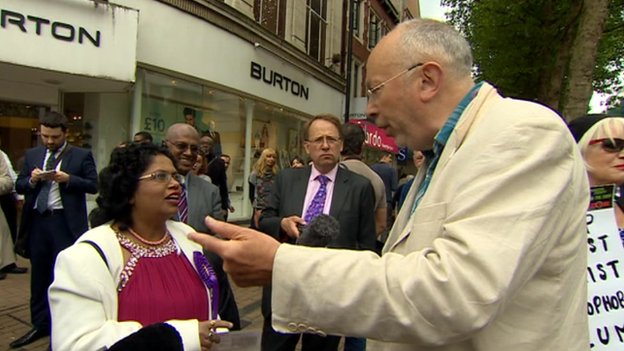 UKIP supporters and opponents argued in the street, watched by journalists

When informed that UKIP was holding the event, Endurance Steel withdrew their services and packed up their instruments, saying they had not been told previously.

After about an hour of confusion, Mr McKenzie confirmed that Mr Farage would not attend, telling reporters: “He’s a responsible family man and political party leader. Certain situations you have to avoid.”

He added: “Croydon is unsafe and a dump.” 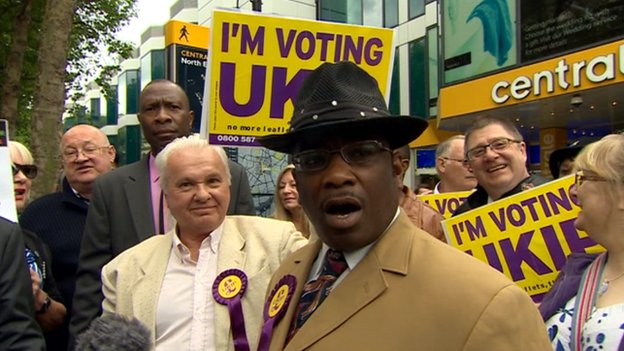 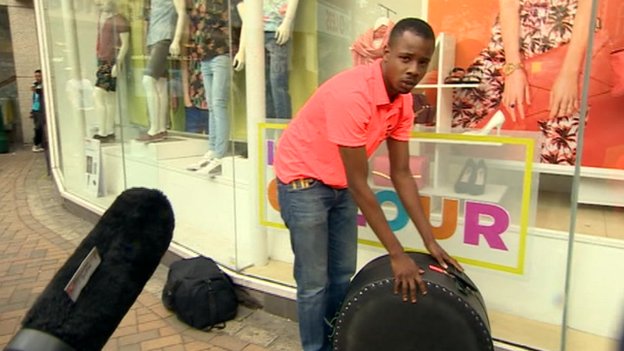 Some of the musicians expressed concerns about UKIP’s involvement

After the rally broke up, a small number of UKIP activists continued to hand out leaflets to passing shoppers amid calmer scenes.

A Croydon party member, who would not give his name, said while he was disappointed not to meet Mr Farage, his decision not to attend was understandable.

He said: “He’s one of the hardest working politicians in the country.

“The event has been frustrating. You expect a bit of barracking but this was not helpful.”

Asked about his absence later, Mr Farage said he had never been “committed” to attending the event, saying he was “quite busy” running a national election campaign.