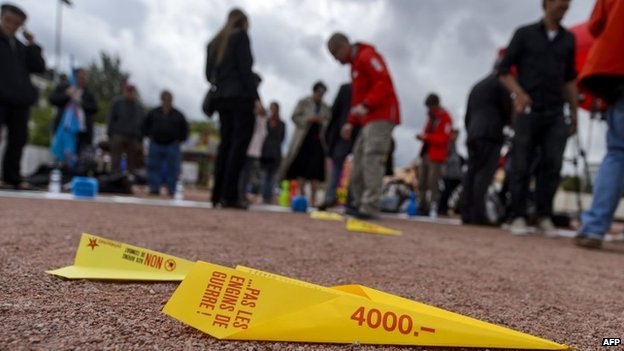 Swiss voters will take part in a referendum on Sunday on whether to introduce what would be the highest minimum wage in the world.

Supporters say the move is necessary for people to live a decent life.

But critics argue that it would raise production costs and increase unemployment because young people would find it more difficult to get work.

Correspondents say that the proposal “to protect equitable pay” is the most prominent of several referendums on Sunday, 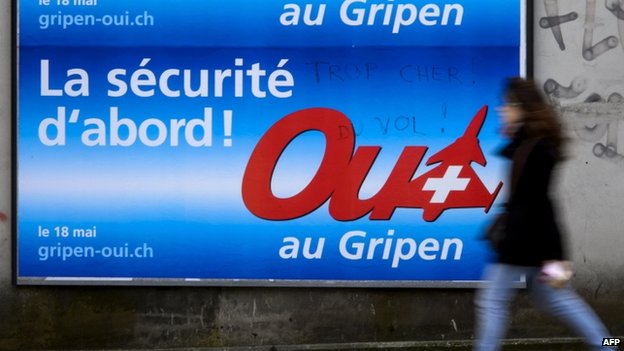 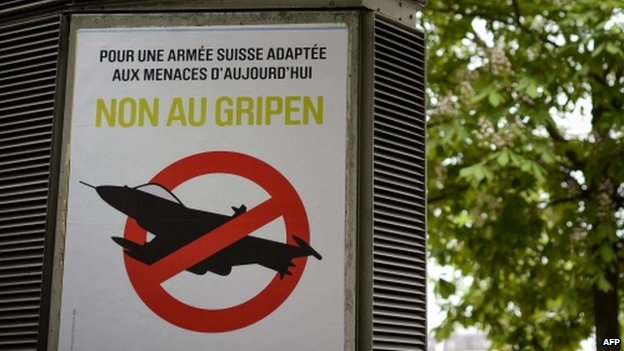 Critics of the proposed $2.8bn purchase of the jets made by Saab say that it requires cost cuts in other key policy areas such as education 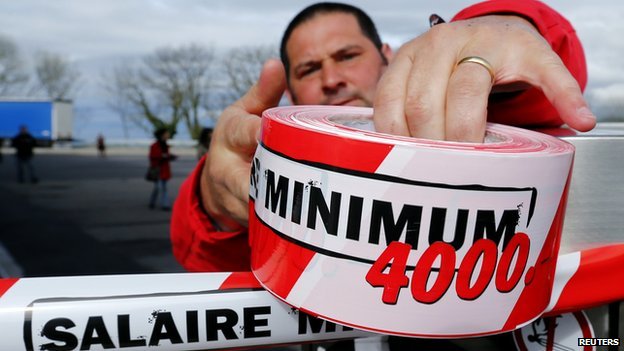 They include a controversial plan to buy Swedish-made Gripen fighter jets for the Swiss Air Force and to impose a lifelong ban against convicted paedophiles working with children.

But it is a trade union-backed proposal to ensure that an annual salary is not less than £32,000 ($53,600) a year which has provoked the most debate.

This is the third referendum on pay in Switzerland in the last 18 months, and reflects concern that the gap between rich and poor is growing here too.

Last February the Swiss backed restrictions on bosses’ bonuses, but in November they rejected even stricter controls which would have limited top salaries to no more than 12 times that of the lowest paid.

This vote will get support from the big cities, where studies show workers in low paid sectors such as hotels and restaurants are having to rely on supplementary welfare benefits to make ends meet.

But the vote is also a sign that Switzerland’s long tradition of social partnership between business leaders and workers may be eroding: the bankruptcy of national airline Swissair over a decade ago, the disastrous losses suffered by the big Swiss banks in the subprime mortgage scandal, and the huge salaries and bonuses which continue to be paid in the banking and pharmaceutical industries have led many Swiss to lose trust in their business leaders.

They argue that the measure is necessary because of the high living costs in big Swiss cities such as Geneva and Zurich.

The unions are angry that Switzerland – one of the richest countries in the world – does not have a minimum pay level while neighbouring France and Germany do.

They argue that surviving on less than 4,000 francs a month is not possible because rents, health insurance and food are all prohibitively expensive.

The BBC’s Imogen Foulkes in Geneva says that a key element of the campaign in favour of a minimum wage is the argument that the Swiss welfare system is being forced to subsidise businesses which refuse to pay a living wage.

But business leaders and the government say that low unemployment and high standards of living for the majority show that there is no need of change.

Small businesses, in particular Swiss farmers, are especially worried that being forced to pay their staff 4,000 francs a month would price their products out of the market.

Most of Switzerland’s low-paid workers operate in the service industry, in hotels and restaurants, and the majority are women.

Another vote, which was designed to ensure that bosses could earn no more than 12 times the salary of the lowest paid in their company, was narrowly defeated last November.

The latest opinion polls indicate the minimum wage proposal may be rejected.